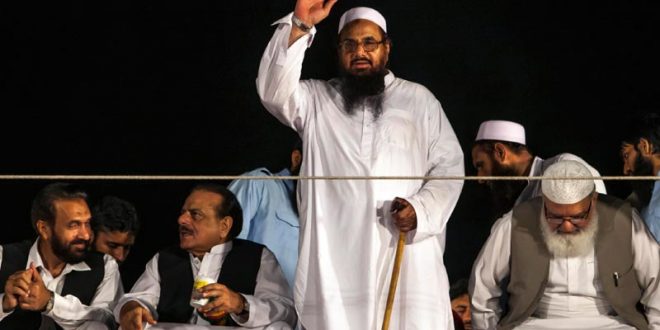 The Pulwama attack few weeks back was carefully calibrated to pile pressure on Indian Prime Minister Narendra Modi in the run-up to the general election to be held in April and May 2019. Pulwama tragedy signals a significant escalation in terrorism in the Kashmir Valley. Given the type, target and the scale of the attack, it seems obvious that this was done at the behest of Inter Services Intelligence (ISI) of Pakistan. The motivation behind the attack seems to refocus attention on the Kashmir valley after a series of successes by the Indian security forces in neutralising terrorists, also to provide a higher degree of visibility to the Jaish-e-Muhammad. However, a local Kashmiri youth was the trigger, but he was merely cannon fodder.

Pulwama attack is arguably the single worst jihadist terror attack targeting Indian security forces. It is the first suicide bombing in decades in Kashmir. The last suicide attack was also by the JeM nearly two decades ago when a teenager blew the explosives laden car he was driving just outside the main gate of the Badami Bagh Cantonment in Srinagar.

The anatomy of Terror and Pakistani syndrome

The root cause of terrorism in South Asia lies in the creation of Pakistan. Pakistan is not just a country, it is a dangerous mindset and its existence is not limited to the territory of Pakistan. Anybody who believes that muslims can not live with non muslims and it is their holy duty to eliminate kaffirs subscribes to the Pakistani mindset. Dr. B.R Ambedkar in his book “Pakistan, or, the partition of India” strongly states that the very foundational impulse of the idea of Pakistan was and remains that Muslims should not and cannot accept living in a Hindu-majority India.

The Pakistani mindset resulted in ethnic cleansing of Hindus in Pakistan. On other hand India, being a democratic nation with its dharmic civilisational heritage, always safeguarded the rights of its minorities and helped them to prosper, whether its jews or the parsi people who came here hundreds of years back to survive against Islamic onslaught or one of the largest population of muslims citizens living here peacefully. But the Pakistani mindset very fiercely wants to change the demography of India. To the Pakistani mindset, it is clear that the Indian Muslim who subscribes to India’s civilisational values and is proud of its heritage, is either a mushriq or a munafiq and deserves the same treatment as an infidel or worse.

Pakistani Army is the personification of Pakistani mindset. As Imam Tawhidi recently said in Arth Cultural festival that, “Every country has an army but in Pakistan, army has a country”.

The motto of Pakistani army is “إِيمَان, تقوى جهاد في سبيل الله;” which translates as “A follower of none but Allah, the fear of Allah, strive for Allah”. Pakistani army considers itself as the sword of Islam destined for “Ghazwa-e-Hind”, killing all the kaffirs in India. When Pakistan developed its first nuclear bomb, it proudly proclaimed that, “this atomic bomb is the bomb of Islamic world”. A state run by such fanatic policies is not just a concern for India but for the world. The root cause of problems between India and Pakistan is purely religious from the side of Pakistan. Pakistani Army is a mafia circuit, it is not a professional army by any extent. For India, it is a territorial problem related to Kashmir and terrorism.

Recently after Pulwama attack, Railway Minister of Pakistan proudly proclaim that, “We will wage a war against kafirs in India and will silent the temple bells in India”, this statement shows the foundation of hate on which the entire nation of Pakistan stands on.

The UN designated terrorists like Hafiz Muhammad Saeed are openly floating political parties and contesting elections in Pakistan, it shows us the state of law in Pakistan and its faux commitment to fight against terror outfits.

The rapid radicalisation of muslim world is a big challenge entire civilised world is facing today. Pakistan’s state policy promotes radicalisation and fodder for this ongoing Jihad war against India. The epicentre of terrorism, Pakistan thus becomes a bargaining chip for global powers. Muslims are the first victims of Islamic terrorism. But the elephant in the room must be addressed rather than shying away from the problem. Pakistan is the roadblock in prosperity of South Asia. I will again say that muslims are not the problem but Islamic extremism is.

Radical Islamists consider India as a roadblock in establishment of Caliphate, they can not digest the fact that even after brutal fight for thousands of years they could not covert/kill the entire Hindu population in south asia, like they did with various native faiths in other parts of world within a decade. Hindus somehow were always on war and resisted Islamic onslaught but as a result hundreds of millions of Hindus were killed, all the ancient Indian universities were razed and hundreds of thousands of temples were demolished. The resistance of Indic faiths came with a big price but they never let their civilisational candle blown off, and the oldest faith of mankind survived.

To tackle Pakistan, we must tackle the Pakistani syndrome. Peace in South Asia is not possible without rooting out Pakistani mindset from Indian subcontinent.

The retaliation and way forward

Pulwama attack united us as a nation like never before. We could feel the pain intensely in our hearts. 44 of our jawans killed in cold blood in a cowardly attack undoubtedly demands a retaliation. But the Pulwama attack goes far beyond Pakistan. Pakistan, is just a vessel state for powers who don’t want the Indian superlative growth story to continue.

The modern day warfare is not always fought in battlefields. The war is not coming, we are already at war, with Pakistan, with China and with countries whom we consider our allies. As Henry John Temple Palmerston said, “We have no eternal allies, and we have no perpetual enemies. Our interests are eternal and perpetual, and those interests it is our duty to follow.”

India in proxy war should support the Balochistan, Pashtunishtan and Sindh freedom movements and set them free from tyranny of Pakistani Army. The majority of Balochs, Pashtuns and a large section of Sindhis are historically opposed to being part of Pakistan.

India should also continue with economic isolation of Pakistan. It should use its economy and big military market as a bargaining chip to make other countries isolate Pakistan. Economic sanctions can put a lot of pressure on Pakistan, and should be enforced strictly until Pakistan acts against terror outfits thriving in its territory, guarded and supported by its military and ISI.

The bigger problem for India will be the tackling of proxy war which Pakistan is waging within India. In The First Report Committee of the whole submitted in Pakistan Senate, it is quoted “India’s own fault-lines in their alienated Muslims, Sikhs, Christians and Dalits as well as the growing Maoist insurgency should be highlighted. In this context, services of two official think tanks whose principal task is to study India, the Islamabad Policy Research Institute (IPRI) and Institute of Regional Studies (IRS) can be attached to the relevant Committees of the Parliament. Modi and his RSS ideology of Hindutva should be targeted”. Pakistan will try to create communal tension in India based on various religious, linguistic and ethnic lines. It will also oppose a nationalist government at centre through its proxies.

In coming years, we might see an increase in terrorism. But unlike earlier governments, Narendra Modi government has clearly waged a war against terrorism. They have shown that they will not only give dossiers but also strike in the heartland of terror if required. This strong retaliation against terror outfits should be carried on by any Prime Minister sitting on the throne of Delhi. We have been bleeding by thousand cuts for so long, as a nation we can not afford to be soft on terrorism, neither we want to become a battlefield. The solution lies in balancing between military measures and diplomatic measures. In the process, we should never let any Indian, irrespective of its region, or religion to feel alienated. War against terrorism is our fight, and we will fight it together as a nation, until victory.

– Shaurya Ritwik is the Founding Editor of The Charticle. He is a serial entrepreneur who works as a Business Consultant and Editorial Consultant with emerging business ventures, various corporations, and media agencies. He also serves as a Board Member in committees of various social organisations and projects for social development and policy making. He tweets at @shauryaritwik