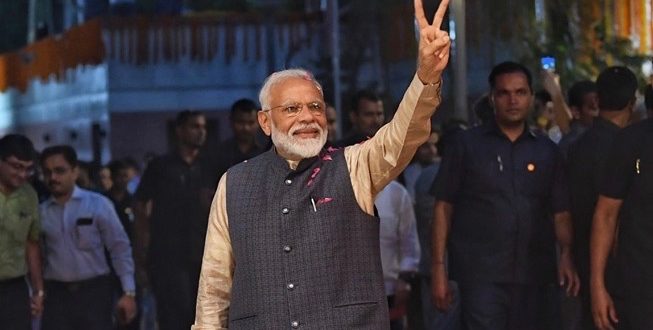 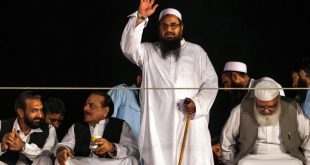 Prime Minister Narendra Modi, India’s most popular leader, won a sweeping mandate for a second five-year term, setting the stage for more economic reform of the fast-growing economy and further promoting brand India. It was the most extensive campaign in India’s history, with 900 million voters casting their votes in one million polling stations over 38 days. Some 83 million Indians were first-time voters, with 15 million of them aged 18 and 19. This is the first time in history of Indian democracy when an incumbent government is re-elected with such thumping majority. NDA’s vote share has surged to an unprecedented level.

This win is historic in many ways. After Jawaharlal Nehru and Indira Gandhi, Narendra Modi is also the third prime minister of India who has been able to retain power for a second term with full majority in Lok Sabha. BJP made spectacular gains in West Bengal and has managed to thwart the threats from BSP-SP Mahagathbandhan in Uttar Pradesh. The saffron wave not only swept through the Hindi heartland and Gujarat, but also rippled through West Bengal, Odisha, Maharashtra and Karnataka giving a brutal blow to Rahul Gandhi led Indian National Congress. BJP’s vote share exceeded 50 per cent in 17 states, creating a way for its huge victory. Whereas, Indian National Congress has been wiped out from 18 states.

The Modi Phenomenon and Rout of opposition

The Lok Sabha elections of 2019 can be summed up as Modi Vs Rest. The pan India acceptance of Narendra Modi points towards his massive popularity across regional, social and communal lines. The Narendra Modi brand of politics completely decimated the old established caste and regional politics. Parties which till 2014 were only looking at caste arithmetic to win votes are now being forced to talk of governance issues. The New India is looking beyond narrow divisions and coming together for a strong leader. Modi has brought India’s East and Northeast to the centre of Indian political consciousness. For long, this region was far away from India’s centre of power. With his relentless work into the country’s northeast, he has finally engaged the region. The Modi Phenomenon has also uprooted established dynasts this election. The defeat of heavy weight political dynasts in their own bastion like Jyotiraditya Scindia in Guna, Rahul Gandhi in Amethi, Jayant Chaudhary in Baghpat, Dimple Yadav in Kannauj, Nikhil Kumarswamy in Mandya, Vaibhav Gehlot in Jodhpur, Jitin Prasad in Dhaurahra, Deependra Singh Hooda in Rohtak, Ajit Singh in Muzzafarnagar, Misa Bharti in Patliputra and many more gives the idea regarding Narendra Modi’s political acumen. Many other Congress bigwigs like Digvijay Singh, Sheila Dixit, Shatrughan Sinha, Ajay Maken, Malikarjun Kharge, Milind Deora etc bites dust too.

Over the past five years, as part of delivering economic governance, the Modi government has delivered commendable welfare schemes which resulted in massive polling favouring Bharatiya Janta Party. The Pradhan Mantri Jan Dhan Yojana delivered bank accounts to 355 million unbanked Indians. The Swachh Bharat Mission has built 92.7 million toilets, with more than 560,000 villages and 617 districts that are open defecation free. The Pradhan Mantri Jan Arogya Yojana aims to deliver secondary and tertiary healthcare to 100 million poorest and the first flush of 1.8 million beneficiaries are visible to all. Close to 72 million households in 714 districts now have access to LPG as cooking gas that has freed women in these households of smoky choolhaas, under the Pradhan Mantri Ujjwala Yojana. More than 100 million individuals have availed of small loans of between Rs 50,000 and Rs 10 lakh under the Pradhan Mantri MUDRA Yojana. The society as a whole is surely rising towards prosperity under Narendra Modi’s governance.

The entire campaign of opposition was based on negative branding of Narendra Modi. “Chowkidar Chor Hai” slogan of Rahul Gandhi heavily backfired on Indian National Congress. The Congresss leadership seems to be totally detached from ground realities. Other than ‘remove Modi’, the Opposition had nothing coherent to offer.

Modi, the popular leader who presided over the previous NDA2 Government, has emerged even stronger than before. He will be preciding the NDA3 Government like an undisputed leader with unparalleled power. When a new Government will be formed in the coming days, Modi will be far more powerful than he was in a manner Vladimir Putin is in Russia and Xi Jinping is in China.

The undisputed and strong leadership in India is very much needed for peace and stability in south Asia. With Narendra Modi at helm, we will enjoy the ride of India claiming its position in the world.

Role of Shah in making Sahenshah

If one person is to be congratulated for this Tsunami which routed the opposition then its none other than Amit Shah. Its high time for Congress to find a Amit Shah for them if they wish to bounce back, though it seem a distant dream. The organisational restructuring of Bharatiya Janta Party under Amit Shah has been phenomenal. The enthusiasm of party workers from booth level to top brass is exactly the same. Amit Shah won the Gandhinagar seat, his first Lok Sabha contest, by over 5,55,000 votes. A relentless politician, Shah has himself run 29 elections so far from municipal bodies to parliament and lost none. Amit Shah has expanded his party’s base both territorially and across communities. The BJP is the only party which is growing, the rest all are shrinking. This speaks a volume about today’s Chanakya, Amit Shah.

The foundation which was created by relentless efforts of stalwarts such as Pandit Deen Dayal Upadhyay, Shyama Prasad Mukherjee, L K Advani, Atal Bihari Vajpayee and Murli Manohar Joshi has now been successfully handed down to Amit Shah who not only expanded the horizon but also established the party as the biggest and strongest in the world.

Amit Shah is a doer and highly committed leader. Make no mistakes, he will not stop before making political inroads and stronghold in Kerala, West Bengal, Andhra Pradesh, Telangana and Tamil Nadu. From here on we will see BJP’s rise and unprecedent expansion in these states.

Nothing is left of Left

The communist political parties of India seemed a historical washout in the present Lok Sabha elections. Left is virtually routed in its last bastions of Kerala and Bengal. For the first time since its formation in 1964, the CPI(M) has drawn a blank in general elections in Bengal which was its bastion for so long. The CPI(M)-led Left Front, which ruled the state for 34 years from 1977 to 2011, has bagged a measly 7.8 per cent of votes so far, with its candidates being decimated to third and fourth spots in the seats it contested. The votebank of poor on which left parties relied for so long has been completely shifted to Bharatiya Janta Party in most of the states. The blue eyed boy of Communist Party, Kanhaiya Kumar was defeated with a thumping difference of more than four lakhs votes. Even in Kerala left failed to show any impact. With this, the electoral politics for communist parties in India is perhaps over.

Indian elections, which are undoubtedly the biggest democratic process in the world, were closely watched by international powers. As soon as the trends signalled a clear majority for the Narendra Modi-led BJP, the Prime Minister was flooded with congratulatory messages. Among the first were preimiers of Israel, Russia, China, Japan, Sri Lanka, Afghanistan, Italy, Bangladesh and United States. Pakistan PM Imran Khan as congratulated PM Modi on Twitter.

The focus of Modi 2.0 must be on economics – and this comes down to jobs. Reforms in the labour, land and agriculture markets should be prioritised. In 2024, a thriving economy will give the NDA the edge. The sleeping giant of the east must claim its rightful place in world, the economic prosperity is the first step towards that. Besides, the core issues of our civilisational heritage should also be safeguarded against the heaviest odds. The problem of Kashmir should be re-approached and article 370 should be quashed or at least amended as promised in manifesto. Only then Kashmiris can join the mainstream. And lastly, there should be an inclusive approach to accomodate everyone in the journey we are to embark in coming decade. No one should be left behind. The mantra of “Sabka Sath, Sabka Vikas” should be prevailed while moving towards establishing an incredible India. Godspeed.