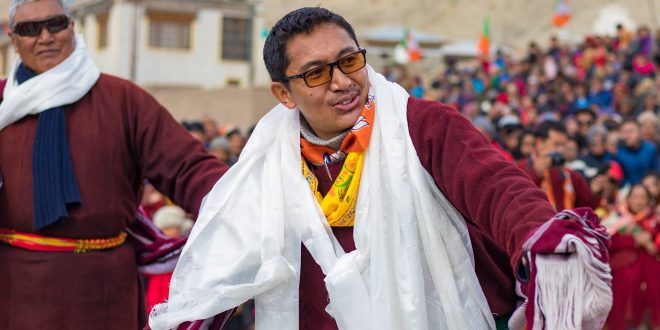 Mr. Namgyal has been raising the issues of Ladakh for quite a long time and has established himself as undisputed leader and voice of Ladakhi people this Lok Sabha elections. People voted for Jamyang Tsering Namgyal across religious and ideological lines. Bharatiya Janta Party made inroads into Shia Muslim-dominated Kargil district, where it secured 10,348 votes, as compared to 3,302 votes during the 2014 Lok Sabha poll.

Ladakh seat has been very much important for Bhartiya Janta Party geographically. A grass root organic leader such as Jamyang Tsering Namgyal carved his way to Parliament through hard work and commitment towards Ladakh. He put his best efforts while he was earlier elected as youngest CEC and was always focused to take Ladakh district to a new height of development.

Mandate for Jamyang Tsering Namgyal also brings a new era of youth in politics with a fresh change. As a party, Bharatiya Janta Party proved once again that it rewards the deserving karyakartas. The young leaders’ electoral win is seen as an encouragement to the youth.

“This is a big achievement for BJP, given the margin of victory on a seat having such small number of voters. The issue of Union Territory (UT) for Ladakh was the top priority for me and this election was between the parties favouring UT demand and those against it. People have voted for the UT status because it is the BJP that has always been supporting this demand at regional, state and national level,” Namgyal said.

“This election was a one-way traffic as Congress was a divided house in Ladakh while the Independent candidate’s influence was limited to a few pockets only,” he added.

With young Jamyang Tsering Namgyal, Ladakh will surely discover a new place in national prominence. Hope this new generation of young BJP MPs will bring a positive change in the outlook of youngsters towards the politics.