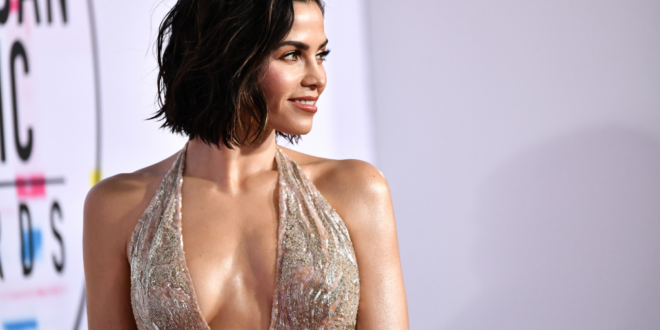 In an interview to People magazine, the Step Up star opened up about her experience delivering her second baby and how Sanskrit music helped her a lot to maintain calmness during that time. “I’d heard this from a lot of people, that there’s something that happens with the second baby, that there’s a little bit more calm and peace in knowing what’s happening. Knowing what’s coming down the line, you are able to be a little more present and enjoy all of it and it’s so true,” she said.

Jenna Dewan had asked her fiancé Steve Kazee to be on hand to play ‘The Devi Prayer’, which is a 20 minute Sanskrit prayer that helps with meditation and relaxation, if she needed it.

She added, “It’s a very peaceful song. It always puts me at ease. I put that on our playlist and I said to Steve, ‘If I ever start to look like I’m getting anxious or if I was having a rough time, just please play that. He was actually born to that song.”

Sanskrit scholars in India learn to chant ancient prayers from a tender age. They chant simple mantras, Sanskrit poetry, and prose, along with memorising and chanting the most ancient Sanskrit texts, including the Shukla Yajurveda, which takes six hours to chant. While those listening to these chantings receive the gift of the sacred texts they are sharing with us, the chanting of long texts does, in fact, have an amazing effect on the brain.

Neuroscience shows how rigorous memorising can help the brain. The term the ‘Sanskrit Effect’ was coined by neuroscientist James Hartzell, who studied 21 professionally qualified Sanskrit pandits. He discovered that memorising Vedic mantras increases the size of brain regions associated with cognitive function, including short and long-term memory. This finding corroborates the beliefs of the Indian tradition which holds that memorising and reciting mantras enhances memory and thinking.

Listening to Sanskrit prayers and chanting during childbirth provides relaxation and peace to the mind. Thus becoming a growing practice in large number of people. Even introducing small amounts of chanting and recitation could have an amazing effect on all of our brains and our life.