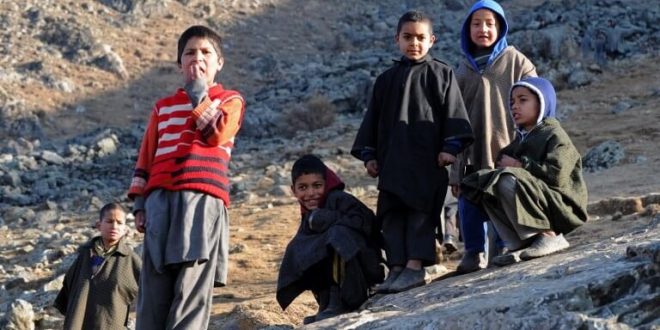 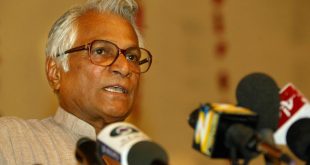 The seven decade history of the State of Jammu & Kashmir confronts changing India with several questions. Was the Nehruvian course, which the State had embarked, a historical blunder or was it the correct course to follow? Most Indians today believe that it is the former. Does our policy today have to be guided by that erroneous vision or an out of box thinking which is in consonance with ground reality?

The Article 35A misadventure

It gives the right to the State Government to discriminate between two State citizens living in the State on the basis of declaring some as permanent residents while leaving out the others. It also discriminates between permanent residents of the State and all other Indian citizens living elsewhere. Lakhs of Indian citizens in J&K vote in Lok Sabha elections but not in Assembly, municipal or Panchayat polls. Their children cannot get government jobs. They cannot own property and their children cannot get admitted to governmental institutions. The same applies to those who live elsewhere in the country. The heirs of ladies marrying outside the State are disinherited from owing or inheriting property.

How Article 35A hurt the people of Jammu & Kashmir?

The State does not have adequate financial resources. Its ability to raise more has been crippled by Article 35A. No investor is willing to set up an industry, hotel, private educational institutions or private hospitals since he can neither buy land or property nor can his executives do so. Their ward cannot get government jobs or admission to colleges. Today, there are no major national or international chains which have set up hotel in a tourism centric State. This prevents enrichment, resource generation and job creation. Students have to travel all over, including Nepal and Bangladesh, to get college admissions. Engineering colleges and hospitals, including super-speciality facility set up by Central Government in Jammu are lying under-utilized or unutilized since Professors and Doctors from outside are unwilling to go there. Article 35A has prevented investment and dismantled the State’s economy.

Article 35A, which is constitutionally vulnerable, is used as a political shield by many but it hurt the common citizen of the State the most. It denied them a booming economy, economic activity and jobs.

Governments at the Centre have always desired that despite political differences we must allow more space to the mainstream parties in the Valley so that the separatist space is shrunk. Three families, since 1947, dominated that mainstream space. Two of them are based out of Srinagar and one in New Delhi. Regrettably, they let down the people of the State. The two major mainstream parties, even when they condemned terrorism, it was always with ‘ifs’ and ‘buts’. It is only their absolute distancing from separatism, violence and terrorism that can create an alternative space. Being soft in criticizing separatism does no good. It is for this reason that their own space has shrunk. This is the country’s disappointment with them.

Why should the rule of law that applies to the rest of the country not apply to the State? Should violence, separatism, mass stone throwing, vicious ideological indoctrination be allowed on the plea that if we check it, it will have a negative effect. It is this misconceived policy that has proved to be counter-productive. Today, the present government has decided that the rule of law in the interest of the people of Kashmir Valley and the larger interest of India, must equally apply to the State of Jammu & Kashmir. The Jamaat-e-Islami, in the last several years, has indulged in ideological indoctrination which provided the manpower resource for separatism. It transformed the Valley from the liberal land of ‘Sufism’ to hardcore ‘Wahhabism’. It has been banned. Hundreds of its activists have been arrested. Its offices have been sealed. Its activities have been significantly curtailed. The Jammu & Kashmir Liberation Front (JKLF), which was working over-ground, has also been banned. Several of its people have been arrested. Separatists and Hurriyat leaders, as also several undeserving cases numbering in hundreds, have had their security withdrawn. You cannot advocate a break away from India and expect India to secure you.

The NIA has cracked down on terrorist funding. The Income-tax Department has swung into action after seventeen years and discovered several sources of anti-national funding. The CBI is looking into 80,000 gun licences given in recent years. All this has witnessed insignificant protest, no mass stone throwing incidents, reduction in domestic recruitment to terrorist organisation. The past few months have witnessed the neutralisation of the largest number of militants.

Today, the Government offices are opening and working regularly. Attendance has gone up. Several corrupt officials have been booked and are in prison. Nepotism in appointment has been done away with. There are no interviews conducted. They have been abolished. Multiple legislations have been passed and several legislative measures taken by the Central Government for SC/ST and weaker sections, have been extended to the State. 42,000 new posts have been created in the last six months. Infrastructure projects, including the Mass Rapid Transit Corporation for both the cities of Jammu & Kashmir, the Ring Road for the two cities, AIIMS in both the regions, an IIT and an IIM in Srinagar and Jammu respectively are projects which have been resolved in the last few months and are progressing further. The State has become ‘open defecation free’ with hundred per cent sanitation. Every house has already been electrified. Several long pending projects in three regions have been cleared. Fifty new colleges in the State have been sanctioned and 232 schools upgraded. A lot of decentralisation of finances has taken place. More power has been given to Ladakh and Kargil Autonomous Hill Development Councils. A Ladakh Division has been created. A new university has been established at Ladakh.

The separatists and the terrorists have been badly hit. The two mainstream parties are only giving television bytes and their activities are confined to social media. The people of the State are welcoming the steps taken. They wanted peace and freedom from violence and terror. The rule of law is being enforced in the Valley and is ensuring people a safe and peaceful life.

– Arun Jaitley is a senior BJP leader who served as Minister of Finance, Minister of Defence and Minister of Corporate Affairs in Modi Cabinet. This post was originally published on his Facebook page.

Previous Kashmir, the two constitutions and exodus of Kashmiri Pandits
Next Modi 2.0 comes with strong mandate, the ghosts of 2004 exorcised for BJP