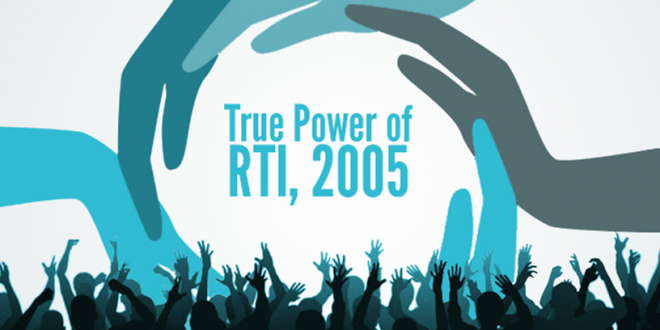 Everything you need to know about RTI

Right to Information act came out back in 2005 replacing Freedom of Information Act, 2002. The Act was passed back on 15 June 2005 and came into force on 12 October 2005 with the ideology that every citizen of India has the right to know about its government’s policies, agencies, agendas, propaganda to the full extent that there is.

It has become one of the most beautiful aspects about the Indian democracy as it provides its citizens the very transparency that upholds the true meaning of what Abraham Lincoln said, “ Government of the people, by the people, for the people, shall not perish from the earth.”

What is the scope of RTI?

Under this act, any citizen of India has a right to request information from a “public authority” which includes a body of government or instrumentality of the state.

For a better understanding of what constitutes the term public authorities under the Right To Information Act, 2005 we need to go through the case study of “The Hindu Urban Cooperative Bank Limited and Ors v. The State Information Commission and Ors (2011) (Punjab and Haryana High Court) {CWP no. 19224 of 2006}.” In this case, the High Court held that if any person, or body, satisfies the following conditions then it would surely fall within the ambit and scope of the definition of “public authorities” and would be “legally required to impart the indicated information as envisaged under the RTI act” –

The Procedure for Filing RTI:

RTI is not only a right but also a power given to the citizens to know about the working, agencies, policies of its government, but in order to avail the benefits of RTI, one must know the procedure of how to file RTI. it is common but at the same time a bit arcane for the common mass to understand the proper way of filing RTI.

We will discuss the new way of filing RTI that is through the internet. The whole of India has advanced after the scheme of Prime Minister Narendra Modi “Digital India” and Central Information Commission has made it easy by introducing a new way of filing RTI online, as the new generation is techno-savvy and it is quite easy for them to avail their right when they need to.

The process of filing RTI follows;

In brief, RTI is the power to have absolute knowledge about the government. A government for the people should always be answerable to the people and RTI gives the power to raise questions. I hope the following article gives the common people a better understanding of how to file RTI using both online portal and through the traditional way.