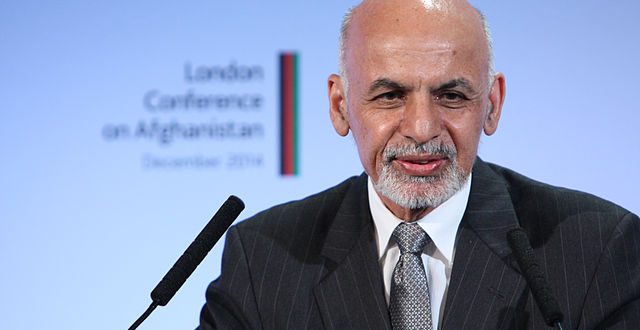 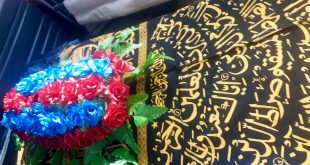 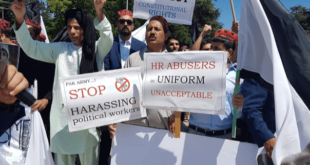 Kabul – President Ashraf Ghani on Thursday expressed serious concern over the violence perpetrated against peaceful protesters and civil activists in Khyber Pakhtunkhwa and Baluchistan and warned that it could have “long-standing negative consequences.”

Pakistan’s civil and military establishments have been resorting to violence and state terrorism to crush civic rights Pashtun and Baloch Movements in Khyber Pakhtunkhwa and Baluchistan. Recently, the Pakistani security forces stormed physical violence on Arman Loni, a core committee member of Pashtun Tahafuz Movement (PTM) and brutally killed him in Loralai district of Baluchistan. Moreover, a number of PTM leaders and activists, including Abdullah Nangyal, Idress Pashten and Alamzeb Mahsud were illegally arrested in Islamabad.

Arman Loni and other activists of PTM were peacefully protesting against the Pakistani-state terrorism, growing forced evictions in the area and demanding justice for Pashtuns.

“The Afghan government has serious concerns about the violence perpetrated against peaceful protesters and civil activists in Khyber Pakhtunkhwa and Baluchistan,” President Ghani tweeted.

“We believe it is the moral responsibility of every government to support civil activities that take a stand against the terrorism and extremism that plagues and threatens our region and collective security. Otherwise, there could be long-standing negative consequences,” President Ghani added to his Twitter message.

President Ghani’s Tweets on the Pakistani-state violence perpetrated against the peaceful activists of civic rights movements in Baluchistan and Khyber Pakhtunkhwa were warmly welcomed across the Pashtun belt on the other side of the so-called Durand Line, needs to be revisited to correct historic mistakes with Afghanistan and to establish lasting peace and stability in the region.

Interestingly, countless number of Pashtun politicians, PTM leadership, Afghan officials, Political leaders and activists, including all other segments of the Pashtun community in Pakistan and abroad thanked President Ashraf Ghani for tweeting the genuine problems of the long-suppressed Pashtuns and Baloch on the other side of the Durand Line, and actively countered tweets of the Pakistani officials, they displayed and televised, in reaction to the President Ghani’s popular tweets.

Based on ground realities, Pashtun and Baloch territories in Pakistan have been turned into a military cantonment where fundamental human rights are denied to the long-suppressed locals who have been bearing the brunt of loses in every walk of life, amid the ongoing Pakistani-state terrorism on both sides of the Durand Line.

Ethnic Pashtun, Baloch and Sindhi minorities in Pakistan have been striving for fundamental human rights, right to life and National Identity, but Pakistan remains stuck to its oppressive policies and using force against peaceful activists of civic rights movements.

Pakistan army has been heavily engaged in strengthening its position along the Durand Line, harbouring more than 75 terrorist groups on its soil and looting natural resources of Pashtuns and Baloch.

Moreover, the long-suppressed Baloch, Sindhi, Muhajir and Hazara ethnic people across Pakistan appreciated President Ghani for speaking against the oppressive policies of Pakistan against the civic right movements which resulted in gross human rights violations.

President Ghani’s decision of expressing his concerns over the state violence against civic rights movements in Khyber Pakhtunkhwa and Baluchistan could be concluded, a commendable and timely response to the aspirations of many, which caused to turn tables, positively, on a number of political and diplomatic fronts.

Despite the peace process with Taliban, Afghan government and people are in need to exercise offensive policies against terrorist groups and their hosting countries and, come forward with comprehensive and strategic policies to address the country’s historic rights, when it comes to Pashtun, Baloch and Hazara ethnic people and land on the other side of the Durand Line.

Expanding moral, political and diplomatic support to Pashtun, Baloch, Sindhi and Hazara civic rights and freedom movements in Pakistan was required to counter Pakistan’s Terror course and state narrative on terrorism and Afghanistan.

The Afghan government must come to the fore to take advantages of the opportunities, created by the situations on the ground and, play required role in aligning the suppressed nations in Pakistan to be followed by directly, aligning them with Kabul, Washington led International Community and India to pave a way forward to Pashtun, Baloch and Sindhi Springs in Pakistan and their coordinated struggle against the Pakistani-state terrorism and its unauthorised occupation over the suppressed nations is highly needed.

Pakistan’s terror course, gross human rights violations, and military atrocities provide a well-decorated ground for demanding replacement of Pakistan’s disputed administration and occupation by the deployment of the United Nations Peacekeeping forces or installation of the US led administration across the Pashtun and Baloch territories in Pakistan to eradicate state terrorism and save human beings in millions.

After prior consultation with the Afghan government, the local stakeholders of the area must be provided with an opportunity to decide their fate on international forums, under the existing international conventions.

President Ashraf Ghani administration and the US led civilised community was always wished to favourably consider these outstanding issues on humanitarian basis, which reflects political will and aspirations of the dominant majority of the long-suppressed Pashtuns and other small nations in Pakistan that have been serving as sandwich between the Pakistani military and its war proxies. Productive change is needed to pave a way forward to confront and defeat terrorism, religious extremism and, establish lasting peace and stability in the region.

Previous George Saheb as I knew him : Arun Jaitley Recalls
Next Everything you need to know about RTI