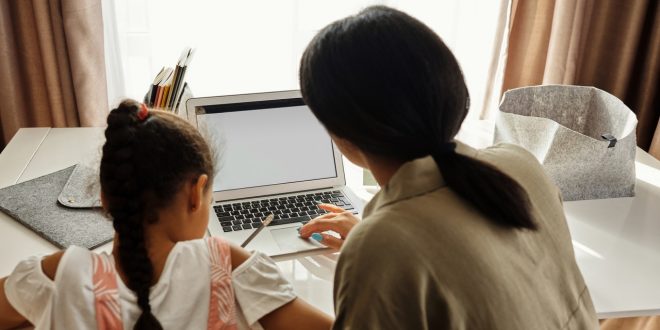 The world came to halt with the outbreak of Covid-19. Work from home became the new work environment. The unprecedented lockdown shut various schools and universities that lead to the new era of online classes. The conundrum that comes with this new era is that not all schools and universities can provide online classes, as only those educational institutions whose infrastructure is built on technology are capable to do so.

While the number of schools and universities that are now facilitating online classes is not known, one thing that is sure is the trouble of students in the union territory of Jammu and Kashmir due to the slow internet provided as per the norms set by the government. After the revocation of article 370, Jammu and Kashmir faced the longest internet shut down which lead to the birth of the fundamental right of “Right to Internet Access” under Article 19 clause 1(a) of the Indian Constitution. This expansion within Article 19 1(a) is to ensure that we keep pace with the technology and add another medium to the definition of “speech and expression”. Upon this, the central government did restore the internet connection but limited it to only 2G cellular network speed. This action of the central government is now reflecting various hardships on the life of many students in Jammu and Kashmir who went back home due to the COVID-19 outbreak. With all the universities and schools closed, and the new era of online classes, it has become absolutely clear that the slow internet is now making the life of students difficult and now also hindering the academics and various research work by scholars.

To understand this, we have to understand the technicality of this problem. Most of the online classes are now facilitated by live video streaming applications, which allows one or more hosts to interact with many other attendees. The data usage of such applications for 1 hour one to one-person call is as follows: High quality requires 540MB/hour, 720p requires 1.08GB/hour and 1080p requires 1.62 GB/hour. The internet speed which is given in the Union territory of Jammu and Kashmir is 2G, which according to stats, has a speed of 40KB/second tops. The first thing that is off the table with this network speed is any online classes through the medium of such applications. Even if a student has to download, let’s say a study material that is of size 100 MB, then the total amount of time required with this 2G connection is 5 hours 49 minutes and 31 seconds.

Last year on August 15, our Honourable Prime Minister Narendra Modi launched Swayam, an online platform for courses to facilitate education. With the government taking initiatives for modifying the education system through modernisation and technological advancements, a small part of the county if being left out. The permissible 2G data cellular network in J&K is a counter result of the militancy and terrorism in Kashmir valley that the whole of Jammu and Kashmir has to face. For very long Ladakh lived within the shadows of Kashmir that stopped Ladakh living up to its true potential. The same is being done with Jammu, living inside the shadow of Kashmir. The very affiliation of Jammu with Kashmir is stopping the various infrastructural improvements. There are 20 districts within the UT Jammu and Kashmir with Jammu and Kashmir having 10 districts respectively. Out of all those, only four districts have major cross-border militancy and terrorism issue, namely Shopian, Bandipora, Kupwara and Baramulla area (districts within Kashmir); these very four districts are the only hurdle because of which the whole of Jammu and Kashmir has to face an internet ban cover. Government of India should think in this regard so that the young talents in Jammu and Kashmir should not get any hindrance in their academic pursuits.

The other problem of online education is that it is not accessible to everyone or not all educational institution has the infrastructure of providing the online classes. With the COVID-19 outbreak, it is hard to estimate for how long the educational institutions will be closed which puts a big question mark on various students’ studies and various scholars’ researches. The government is doing their best to sustain the education medium but the question is that is it enough? The MHRD ramped up its efforts to provide platforms for online learning but its accessibility to the population stands as a question. With no proper internet  speed in many parts of the country, and not every student being able to access the internet for online classes or many institutions not having the infrastructure to support online classes, the future of online education over traditional educations seems bleak, as this medium of education can only be accessed by certain population and not by all students and scholars, thus online classes are a privilege nevertheless for time being.

Previous How COVID-19 is Impacting Day To Day Life : World at Halt
Next The protectors of Coronavirus disease (COVID-19) are under development