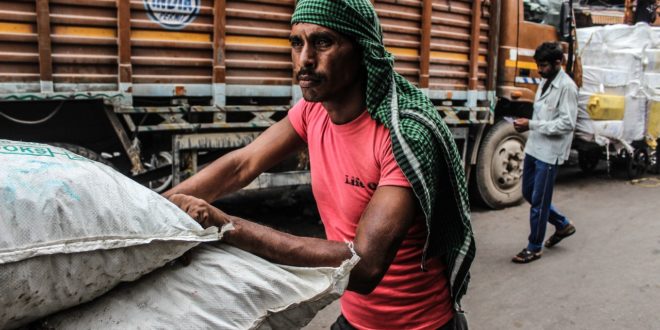 India moves big labour law changes to limit coronavirus impact and accelerate the much needed growth engine. The move comes just days after the UP CM held a video conference with US firms to persuade them to shift from China. The Centre on Friday came out strongly in favour of structural labour reforms to spur economic growth, saying it supports the sweeping labour law changes and exemptions brought in by Uttar Pradesh and Madhya Pradesh.

The shift of manufacturing unit from China

While most of the world sees COVID-19 as a crisis, a good economical mind makes it as an opportunity for economic growth, we are talking about Uttar Pradesh Chief Minister Yogi Adityanath and Madhya Pradesh Chief Minister Shivraj Singh Chauhan. First, we will probe into the present global manufacturing dynamics. To a while ago China was dominating the world with its ranged manufacturing and production unit. But this year has been full of surprises as there is a major shift in the manufacturing and production unit from china which opens the door of opportunities.  Global manufacturing consulting firm Kearney released its seventh annual Reshoring Index which shows what it called a “dramatic reversal” of a five-year trend as domestic U.S. manufacturing in 2019 commanded a significantly greater share versus 14 Asian exporters tracked in the study. Manufacturing imports from China were the hardest hit. Two primary reasons for why U.S companies are leaving China, one the trade war and second the global COVID-19 pandemic.

The first rule of growth in business is “first-mover advantage”, which is the advantage gained by the initial significant occupant of a market segment. This is followed by the second rule of business “eliminating complexities”, which means changing the rigidity of regulations, thus making the whole system flexible for foreign investment and private industries to flourish. The third and the last rule of business is “managing manpower”, which means India has to make use of unskilled labour and properly channelize it. The first-mover advantage and eliminating the complexities have been done by Yogi Adityanath as he suspended all but three labour laws for the time period of three years. The labour laws which are still in force are Building and construction worker act, the bonded labour act 1976, the workman compensation act 1923, and section 5 of Payment of wages Act 1936 which states “Time of payment of wages”.

One of the reasons India has always failed to attract foreign investment was the complexities of labour law, which resulted in less occupation for labours. It is ironic how the laws which were supposed to provide and protect labours acted as a hindrance in generating occupation thus failing in its own purpose. For decades, the unskilled labour force cannot be properly channelized due to the rigidity of labour laws. The third and final rule of business is “managing manpower”, which always faced problems due to the interstate migration of labour force, which seems to return back to their home state. For the first time, it is possible to manage this labour force so that they don’t have to leave their home state to make an earning which will also come in handy with the recent rectifications in the Labour Law.

To summarise the benefits of revoking various labour laws are:

1. It provides flexibility and attracts foreign investment to take solid roots in states like Uttar Pradesh and Madhya Pradesh.
2. When foreign investment will flow in the aforementioned states, the unskilled labour who have to go to different states to earn a living can finally earn within their own state.
3. The bottom line is providing labour with work in their own state which will also lessen the expense of the same unskilled labour as compared to when they used to travel to a different state, they have to bear the cost of living of that state too.

India has complex labour laws. They are being simplified to ensure new manufacturing units come to these states. Ask the simple question – People want food through jobs or red tapes to ensure deaths through hunger? Only changing labour laws cab bring in industries and put food on the table. Otherwise, after corona, the labour force that migrated back to their state will face the most tragic life of all. They are out of business, and then going to another state again to start from the scratch will suffocate the life out of them.

Uttar Pradesh and Madhya Pradesh seems to take the initiative of making the best out of the worst case, and thus showing a true form of a “government for the people”, taking a whole new reform for societal welfare. Even in the time of crisis comes opportunity. We can learn what happened after World War II, it was termed as zero year for the global economy, in that time China took the first-mover advantage, which resulted in 17% of the total global trade is now facilitated by China while India’s contribution to international trade is just 2.6%. The reason for this is India’s weak link to Global Value Chains (GVC). In a study by OECD about 70% of global trade is composed of GVC. Although India ranks in 45 th place in 2009 per the stats of OECD, which is welcomed but not good enough. The recent nullification of various labour laws indicates heavy growth in GVC for UP and MP which will ultimately not only provide a job for the current generation of labour, but generations to come, in a long term view it is ensuring occupation and earning for future.

India Inc. has been recommending land and labour reforms for a while, stating that it will ensure double-digit growth rate according to their stats. These labour reforms were first done by Madya Pradesh followed by Punjab, Gujrat, Uttara Pradesh, etc shows tremendous growth rate opportunities. According to the UP government stats, these reforms will create 15 lakh job opportunities within their state with five lakh jobs in the MSMR sector alone.

To summarise the effects of labour laws reforms after the COVID-19 outbreak and reversal effect of production and manufacturing unit from Chine will provide bases for India’s zero economic year. This is once in a lifetime opportunity to reset India’s economy and it needs strict decisions to be taken in order to seize this opportunity. After world war II’s zero economic year, in 1950 China’s and India’s GDP stood almost the same as $239 billion and $222billion respectively. China took the labour reforms and in the next twenty years, its economy grew at a 10% rate while India’s economy grew at 3%.

Uttar Pradesh and Madhya Pradesh have shown that they are focused on the development of the agricultural areas. It’s true what Mahatma Gandhi once said, “India lives in her village”, and these two states have decided to develop India from its very core, targeting the agricultural reforms. The first reform introduced by MP government is giving the right to the farmers to sell their crops to whoever they want, even outside the mandi, thus eliminating the middlemen who in most cases used to squeeze profit out of the exploitation of farmers, this marvel change came with the reform introduced in Agricultural Produce Marketing Committee (APMC). Uttar Pradesh took it one step even further, as they announced a list of 46 vegetables and fruits that do not need to be sold through the channel of APMC. Even the setup of private mandis is now available which will create an atmosphere of competition that will result in benefiting the farmers. Giving this independence will give the power of negotiation in the hands of farmers that will protect their interests and rights.

The aggregate of all Major Changes

The reforms in Labour laws with changes in agricultural produce marketing Committee in addition with the codification of Bankruptcy and Insolvency Code 2016 which ensures three rights: Right to enter the market, Right to compete in the Market and Right to exit market indicates tremendous growth linked with the creation of jobs in relation with unskilled labour force and farmers.

To simplify it further, the previous reforms, in addition to UP and MP recent labour law reform rectifies everything which was wrong with the regulation of unskilled labour force and farmers. This labour reform was need of the hour to put food on the table of all those millions of labours who travelled back to their home state and ensure a better life with ensuring jobs for their future. This step taken by UP and MP government is a prime example of sustainable development that not only provides for today’s generation but the coming generation too. COVID or No-COVID, these reforms should have been brought much earlier. Kudos to Uttar Pradesh and Madhya Pradesh government for pushing the reforms.

Previous Life in the era of COVID-19
Next How COVID-19 is Impacting Day To Day Life : World at Halt