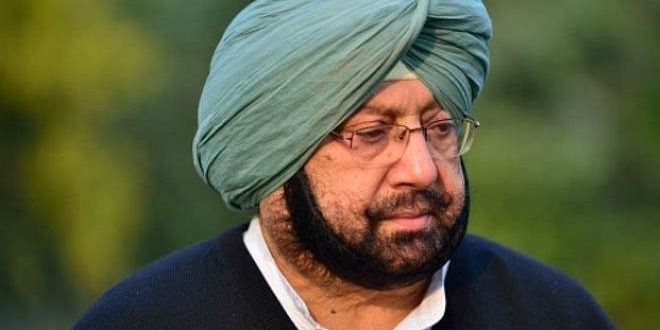 While moving a resolution in the Punjab assembly condemning the Pulwama attack, Capt. Amarinder Singh came down heavily on Pakistani politicians and its army.

Chandigarh: As the Punjab Vidhan Sabha unanimously passed a resolution condemning the Pulwama attack, Chief Minister Captain Amarinder Singh delivered a strong speech, stating that the time to talk peace with Pakistan was over. Here are excerpts from his speech in the Vidhan Sabha:

“The attack on our soldiers at Pulwama should be condemned in the strongest possible words. This is getting beyond control now. This policy of Pakistan, they started in Kashmir and now want to bring it to Punjab. They are trying to link Kashmiri extremism with whatever is left of Punjab extremism.

“I want to warn (Pakistan Army chief ) General Bajwa and his stooges the ISI that if they dare to enter Punjab we will set them right.

“Let me read this out to you: One soldier from Assam, two from Bihar, one from Himachal Pradesh, one from Jammu and Kashmir, one from Jharkhand, one from Kerala, one from Karnataka, one from Madhya Pradesh, two from Maharashtra, two from Odisha, four from Punjab, five from Rajasthan, two from Tamil Nadu, 12 from Uttar Pradesh, three from Uttarakhand and two from West Bengal. Forty-one in all.

“Four of these boys are from Punjab, whom we have lost. I don’t understand what pleasure Pakistan gets. Their Prime Minister says that he wants to open a Guru Nanak Dev University there.

“Bajwa’s army has made the Prime Minister, and the ISI is under Bajwa’s army. What is this double game being played at the Pakistani level, at the national level? Try to gather the sympathy of the Sikhs on one hand and kill our men on the other.

“If Pakistan wants to work with us, cooperate with us, like their Prime Minister keeps saying every day, then first they should stop doing all this.

“People of the two nations want to have man-to-man contact, but the politicians and generals sitting there will never let that happen. In any case what can the politicians there do? They are a creation of the generals.

“And let this Bajwa know, I want to say it openly, and I hope the press is sitting and noting down everything, I want to tell this to General Bajwa — that if you are a Punjabi, we too are Punjabis and you dare try to enter our territory and we will set you right.

“This is not that police force of the 1970s when the total force in Punjab used to be of around 13,000 men. Now we have a police force of 81,000 men, highly motivated and fine policemen. There is not any issue which they cannot resolve within a few days. Look at this Ludhiana incident (of the gang rape), in two days, we have wrapped it up. I have not done it, the police force has done it.

“I warn my country, I warn my state. We have to be careful. We have to be on our toes; their nefarious activities are such. It is a strange way that Pakistan is working — the Prime Minister is talking peace and the general is talking war.

“It’s a sad day today that we have to go through. Those youth killed belong to the entire nation, not just Punjab, and the house wants a resolution to be passed and an adjournment motion is being sought.

“If you permit Mr Speaker I would like to move the following resolution:

“The house strongly condemns the barbaric attack by Jaish terrorists on the convoy of the CRPF in Pulwama that left 41 brave personnel dead and many others injured.”

“Today, we have counted the bodies… what about those were lying injured in the hospital, some of who may not survive?

“Most of these personnel were on their way back to join their duties to defend the borders of India after their holidays.”

“The time has come that the central government understands what their designs are and give an appropriate and befitting reply to them.

“The sacrifice of these martyrs should not go waste and I urge the centre to ensure a befitting response to this attack on our country. The attack exposes the double standards of the Pakistan government, who on one hand is talking of peace and on the other hand, actively supporting these terror outfits in J&K, and in Punjab. We are all with the families of these martyred soldiers in their hour of grief, and extend our heartfelt condolences to their families.

“Our heart goes out to the families of those who have lost their lives. They are poor people. God knows which villages of Bihar, Uttarakhand or Odisha they are from. Punjab stands by them and even though we are far, the least we can do is pray for the departed souls.”