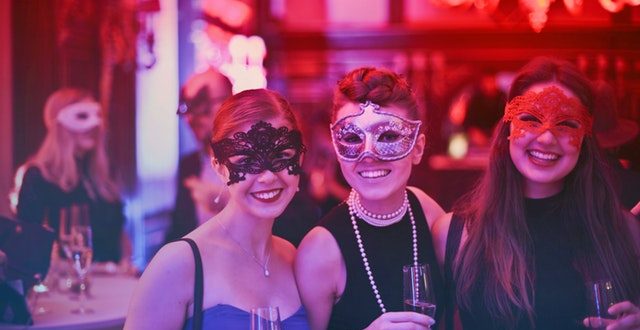 East to North and Everything in Between

‘It’s Delhi so don’t trust anyone’, ‘always lock your cupboard when you go to bathe’, ‘come back by six every night’, ‘NO clubbing’, ‘no skirts, short dresses and NO shorts’ and oh so many. I think many others like me get this too, when they go out to a new place, a new state. But trust me, it honestly is in extreme when you are from the northeast and you come towards so-called mainland India. In my article, I will solely talk about my perspective. If you read on, do kindly be assured that I have no will and intentions to hurt anybody’s feelings and thoughts. It is after all, just a thought.

Well, starting with it, as I have come to know in these eight months, Delhi is a place of no modern origin of its own. No I am not talking about its history, because there is but being the capital, citizens all over the country come here for job opportunities and exposure. Having common motives and better in comparison education, I did too. And honestly, Delhi did turn out to be as I had imagined it. The rush, the crowd, the terrific auto-rickshaw rides, the pushing and shoving in Rajiv Chowk and Chandini Chowk Metro Stations and of course, the abusive languages that pass on from people to people of different types of background. After all it is Delhi and India is definitely a beautifully diverse country. Coming to this, I began to realize in general, that adapting will be a tremendous challenge. Why? The reason is honestly, people from the east, are usually extremely polite and welcoming. Now I am not presenting it as people in Delhi aren’t but the difference is, people are hot headed and you can say, a little aggressive, to say. Something just fits and I do feel that offense is taken a little fast or directly even if it were to be a joke. Yes, it is always different when we talk about our close friend circles as there slangs actually tend to make each other feel more comfortable and it is totally okay. Back in east, well being specific to Assam here; it is actually very different. People in the roads suppose do get angry at each other for many reasons, but they shout at each other, quarrel and make a point about the loss made. It doesn’t really go on to commenting at each other, taking those comments to families or even hitting each other. This is the best example of sorts I could provide. Readers, you are most welcome to agree to disagree.

The second thing will definitely be the food. Oh the food! North food is so spicy. Of course Assam has the famous Bhoot Jolokia (devil chilly), yet our food is plain. The plain in such a way that when you eat, you get the actual taste of the vegetable and for non-veg, the flesh of the meat is definitely going to dissolve in your mouth in no time. Whereas most people here are vegetarians (no complains for sure), and Delhi inhibits India’s actual spices for sure. The food of course varies to all kinds, but dishes are rich in spices and Assamese food has dishes where you are given the option to make them spicy according to you.

Lastly, I shall like to end this article with a note of a personal experience. As I had told you previously and I was told of the same, my relatives made me aware of the cunning people of Delhi, as per they say. Our thinking is not much likely of those in Delhi. Keeping that in mind, yes I did experience the regret of being fooled in the markets by vendors, the art of bargaining in Sarojini and Lajpat Nagar markets and of course, being stared men and definitely groups of them. But out of all, my journey yet continues and I have nothing to regret because as far as I know, I have learnt in every step. Even if it meant using Google Maps to find guitar shops in the middle of nowhere in South Extension. To simplify what I want to say, I did make an Assamese senior very close to me. Thinking that we were from the same land and spoke in the same language, we had a connection. She was a polite and a kind girl. That was only until the day she did show her real identity by betraying my trust and putting me against the other two Delhite seniors, who had been nurturing me, guiding me and taking care of me as if I were family from the time I was their roommate. People do make big deal a difference in our lives and I would like to bow down to these two beautiful seniors for breaking the bubble I was living in for seven months. I realized it, so will you someday, that my conception of ‘same land, same language thus easier to connect’ was entirely wrong. It was so wrong that it included tears for me to realise this. I now know and understand that these diversities in India are superficially beautiful but if anything matters, it is the bond people and their states have with each other the way. I am surely shameful about the fact that I wasn’t grateful for what I already had and wanted something more which would have cost me of losing out the other. But I did wake up before it was too late and have now adapted myself to the ways of Delhi and overall, all I have to say is; I am now, a part of the rush.