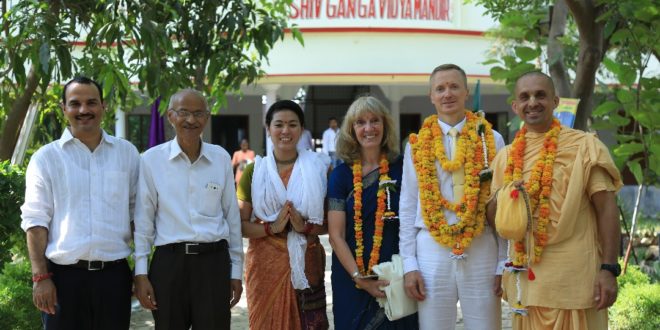 Following Ram, The prince of Ayodhya 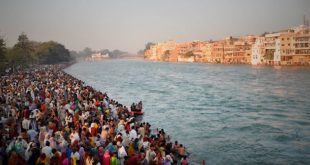 “Where you are from? Do people there also know about Ram?” Some boys had discovered me sitting at the back of a shrine at the outskirts of Chamba near Tehri and typically for Indian kids, who are never shy, had asked this question. “No, where I am from people don’t know about Ram”, I replied. They looked disappointed. Only then I realised that the crackling of loudspeakers that I heard from a village down the hill, was in preparation for the Ramlila.

That incident happened in September 1985. A year later, I attended the grand Ramleela in Varanasi over 30 evenings and wrote about it for a German magazine to let some Germans also know about Ram.

Recently I read this article again and realised that it is still valid today. I reproduce it here in English in a shorter version, since it just was again that special time of the year, when Ram’s story was staged in Varanasi and other places all over the country, probably in very much the same way as it has been way back in 1986.

Far from becoming obsolete over time, the Ramleela is set to conquer the western world as well. In July 2013 an International Ramleela Conference was held at the University of the West Indies and a World Ramleela Council was established. The major aim was to promote the Ramleela as a cultural heritage internationally.

Ram, the prince of Ayodhya, lived many thousand years ago. Yet even today most people in India know in detail his eventful life story, which is recounted in the Ramayana. Not only in India – in Nepal, Myanmar, Laos, Thailand and Indonesia, too, Ram had great influence on art and literature. An international Ramayana festival last year in Bangkok made clear, how alive Ram is even today and which great importance the Ramayana has in Southeast Asia. ‘If Asia has an epic in common, it is the Ramayana’, was declared in Bangkok.

In the land of its origin, however, the Ramayana is more than a grand epic. It is a sacred scripture that contains all what one needs to know to live a dignified life and to conduct oneself in an ideal way in the different relationships. Ram is not only an exemplary human being, but an avatar, a conscious embodiment of the divine principle that comes down to earth whenever the bad is gaining the upper hand, and humanity strays from the dharmic path.

Valmiki, supposedly a contemporary of Ram, narrates in 24.000 Sanskrit shlokas vividly the life story of the prince, who later becomes the king of Ayodhya. In the 17th century Tulsidas wrote the story of Ram in colloquial Hindi and made it even more popular. Ram is an ideal, an outstanding example for others – noble, just, brave, ever protecting the weak, and doing the right thing at the right time. He is ready rather to die than to break his word and prepared to wage a war to rescue his wife Sita who had been kidnapped by a demon king.

Sita, the princess who marries Ram, possesses all the virtues, which a woman is supposed to have according to the ancient rishis. She is modest, chaste, always intent on the wellbeing of her husband, warm hearted, full of trust in god, considerate, graceful – and exquisitely beautiful.

Feminist groups, which also exist in India, are likely to find fault with Sita, yet the majority of Hindu women do not care. They revere Sita as their ideal even today.

For Ram to be a model for others, he has to have a difficult life. And he indeed faces countless, unexpected complications and hardship. For example on the very day, when the handsome, much loved prince is to ascend the throne, his father Dasaratha, caused by an intrigue in the palace, has to send him into exile for 14 long years. It breaks his father’s heart. Ram calmly takes off the festive robes and dresses in a simple gown. Sita and his brother Lakshman insist on joining him. And so the three of them finally walk out of the town into the forest – and the whole of Ayodhya weeps.

To my very western question when this happened, I always got the same answer: “Many thousand years ago for sure. But the exact date is not important. Important is, to let Ram come alive in your inner vision and learn from him for your own life.”

This ‘present’ view or attitude has no doubt a valid point and is probably the reason, why Indians do not get tired to listen again and again to Ram’s story or to watch it in village plays. In Varanasi, I met a man who had attended the Ramlila there 35 times. Each year he followed Ram with devotion and attention for 30 nights.

The Ramlila in Varanasi is staged in Ramnagar on the other side of the Ganges, under the patronage of the Maharaja, with great pomp, yet very traditionally. There were no loudspeakers in spite of thousands of spectators and people were not allowed to take photos with a flash.

The lila culminates after Dussehra, when Ram returns to Ayodhya after his exile and takes over as king. Every evening before the play, pooja is performed for the actors and thereafter they are considered to be true embodiments of their roles. Many people touched respectfully the feet of the 12-year old boy who played Ram, when there was an occasion during breaks. The actors were right in the midst of the crowd. There was a festive atmosphere with food carts and stalls selling trinkets. When Ram went into exile, several thousand spectators walked with him around two kilometres to the place, where the next episode would unfold. An amazing experience in itself.

The Maharaja moved high up on a fabulously decorated elephant through the crowd. The Yuvaraj was sitting on another elephant, which was also splendidly decorated.

I have particularly fond memories of the journeys back across the Ganges in the middle of the night after the play. Mainly men crossed over to the town on countless, crowded boats in the stillness of the night – once it was even 4 o’clock in the morning. They narrated excitedly to each other, how admirably Ram had conducted himself today and how exemplarily Sita had reacted –as if it had just really happened and they had had the good fortune of having been present. When the talking occasionally stopped, they started singing “Sita Ram, Sita Ram” – everyone in his own tune and rhythm. Towards the end of the boat ride, when we were gliding past a Shiva temple on the ghats of Varanasi, they interrupted their “Sita Ram” for a moment and full throatily shouted a salutation to Shiva: “Har Har Mahadev!”

I was not afraid of riding alone in a cycle rickshaw at that late hour from the Ganges to the tourist bungalow near the railway station through unusually empty streets. My trust was never disappointed. Varanasi is a fascinating, intense city, where life and death are present side by side and this world and the beyond merge into each other. Kashi (light) was the name of the city in ancient times. In all likelihood it is the most ancient of all towns on this earth and has its origin in an age, when the world was still more transparent for its luminous essence and less dense in the material sense.

Maybe this special, spiritual atmosphere contributed to an amazing coincidence on the side-lines during the Ramlila:

Georg, a college mate from Hamburg, had planned a trip to India on short notice. He sent a letter to my address in South India asking whether we could meet. “Write to American Express in Delhi as I will be soon in Delhi”, he wrote. Yet I knew nothing of that, as I was in the North and his letter was lying in the South. (Those were the times before email and mobile). Georg went daily to the American Express to enquire whether my letter had arrived and was daily disappointed. As he did not want to spend his vacation waiting for a letter in Delhi, he started off on the usual tourist route – Agra, Khajuraho and Varanasi.

One morning, as I had breakfast in the tourist bungalow, the door of the restaurant opened and in came Georg. For some moments, we both stared at each other, stunned, unable to believe what we saw. Then we both stirred back to life, amazed at this incredible coincidence.

– Maria Wirth is a German author living in India. She is widely known for her book “Thank You, India” and many other literary works related to hinduism and other Indic thoughts.

Previous East to North and Everything in Between
Next A great, living, ancient tradition – THE KUMBH MELA