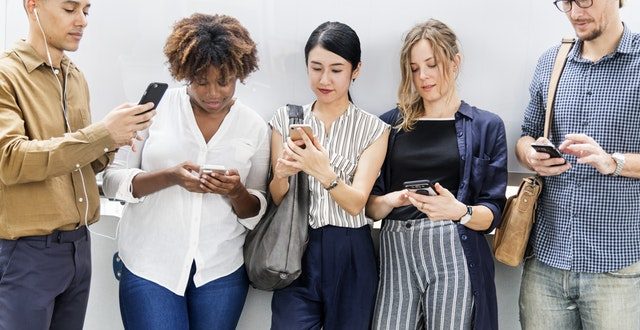 Social media: Is it to blame for young people being lonelier than others?

Young people are lonelier than all other age groups, according to recent findings from the BBC Loneliness Experiment. In a survey of more than 55,000 people, 40% of 16- to 24-year-olds reported feeling lonely often or very often. This trend for high youth loneliness has also been captured in other national surveys by the Office for National Statistics in 2017 and the Eden Project in 2015.

Loneliness is typically associated with older generations, who may live alone or be less capable of getting out and about. But young people can experience loneliness despite having friends, being surrounded by people at school or having supportive parents. This indicates that youth loneliness is more about finding it difficult to connect with other people, as opposed to being alone.

There are more opportunities today to connect with others than ever before: social media, instant messaging and even online gaming all allow people to share messages and experiences without being in the same place at the same time. But research has shown that high use of the internet is linked to loneliness, social anxiety and depression. Young people are the highest users of social media, and some have raised concerns about the impact that might be having on their mental health.

For instance, in her book Alone Together, MIT psychologist Sherry Turkle has argued that people are beginning to favour communicating with others using new technologies over speaking face to face. She argues that online communication lacks intimacy, and though we might feel we are constantly connected or in the loop, it actually leaves us feeling alone.

Depends how you use it

When my colleagues at the University of Chicago and I conducted a review of the research linking loneliness to internet use, we found that using the internet socially can lead to both increases and decreases in loneliness – depending on how it is used.

When social technologies are used to connect with people and maintain existing relationships, they can reduce loneliness. But when internet use replaces offline interactions with others, it can increase feelings of loneliness. To fully understand the relationship between loneliness and social media, it’s important to be aware of how people behave when they are lonely.

The BBC Loneliness Study found that 41% of people felt that loneliness can sometimes be a positive experience. Periods of time spent alone can be important to promote self-care, reflection and creativity. In another review, my colleagues and I argue that loneliness is an important and useful feeling, because it lets us know when we lack social support and prompts us to reconnect with others.

But problems arise when our attempts to reach out to others are unsuccessful, and this is when loneliness is linked to poor mental and physical health. When people are lonely, it means they will seek ways to avoid being rejected or further isolated by others. This leads people to be particularly tuned into negative behaviours; for example, they will be more likely to notice feelings of anger and frustration in other people’s communications.

This focus on negative aspects of social communication can cause lonely people to remain quiet and reserved during social interactions. And if they remain lonely for a long period, they might avoid social gatherings altogether. These behaviours make lonely people more vulnerable when they use social technologies, because they are more likely to focus on negative information online, view content rather than share, and generally use social media in ways that continue to make them feel lonely – or makes those feelings even worse.

The BBC Loneliness Study showed that lonely people have more friendships that are online only, indicating that they may go online to feel connected and may avoid face to face interactions with people. But research suggests that this is not always the case; some people may spend time online to communicate with family or friends who live too far away to meet up in person.

Young people who already feel lonely, are socially anxious, or have difficulties maintaining friendships are less likely to use social media in a positive and meaningful way. They may need support to change that, but it is possible to start by actively engaging with other people online, and avoiding spending too much time passively reading status updates or watching YouTube videos.

Of course, spending long periods online without interacting with others can aggravate feelings of loneliness. Communicating with others face-to-face is important, and everyone needs to make time for that. But we cannot blame social media for high levels of loneliness among young people, because smart phones and social media can be used in ways that allow us to feel connected with others, make new friends and share our experiences. Young people who feel lonely can address this problem by changing the way they use social media, so that it supplements the time they spend with others – rather than replacing it.

– By Rebecca Nowland, Research Fellow, University of Central Lancashire. This article was first published at The Conversation.

Previous Talking about sex is awkward, so how can teenagers ‘just ask’ for consent?
Next The woman who made the Sentinelese put their arrows down