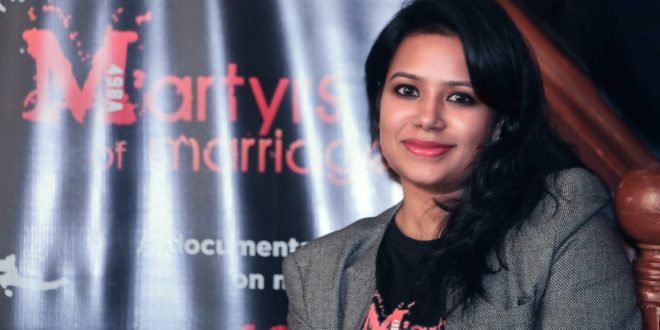 I came across the video where you are suggesting that a boy foetus should be killed inside the womb to ensure that our girls are safe. You say the dialogues with a lot of conviction and resolve so I will assume the video and you meant what you were advocating through it. Not only does it pain me to see such a video from a thoughtful, socially aware and empathetic person like you, it surprises me that you would campaign for a ridiculous act like abortion which means “killing an unborn” just because of the gender of that unborn.

Naved, every year thousands of men die in harmful jobs that the society essentially expects only them to do. While fighting enemies on borders, making buildings, in mines, cleaning gutters and big buildings, building bridges, transporting heavy goods etc etc etc. We have heard numerous stories where men died to protect the dignity of a woman. We have seen numerous instances where a man took a stand for a woman against another woman if she was being harassed. There are millions of men happily and proudly raising their daughters and sons too as responsible citizens of this country. You are suggesting that all these men be killed at birth because their worth is nothing for the society for work they do but because they could possibly be harassing a woman.

Naved, every years thousands of men commit suicide because of false cases filed on them by women or because of domestic issues. There are so many men who are being killed by their wives with help of her lover (#HusbandMurder) We are living in times where one accusation on a man convicts him in the public eyes. We don’t have laws to protect men if they are the ones who have been wronged. So since so many men are dying being wronged by women, would you advocate that some women be killed too? Or blame entire female gender for wrongs committed by some?

There is no doubt that the injustice on women should stop, condemned and all efforts made for a safe, secure and welcoming society for girls and women. But is killing men the solution? Are you going to celebrate death of a boy just because he is a boy and he could possibly hurt a girl someday in your mind?

Naved, do you know the population of this country? Have you analyzed crime per population when it comes to crime against women? India stands below several developed countries but still I haven’t seen them campaigning to kill boys inside the foetus.

Naved, making a video is the easiest thing to do. Imagine yourself as a father or a mother of a baby inside the womb. A child is the most innocent being on this planet and you have suggested that it be killed without any of his mistake just because of its gender. You’re nothing better than those sick minded people who wish to kill a girl child just because of her Gender.

Last but not the least Naved, why suggest male foeticide. Why not pick up a gun and start killing every man you see? A boy child will still take sometime to grow into a “Jaanvar” you’re saying he would be, so maybe start with killing all grown up Jaanwar first. Because they’re just about to find a prey na?

With that presumption, you too fall into that category. So look yourself in the mirror and decide what you wish to do to yourself.