(Image for Representational purpose only) 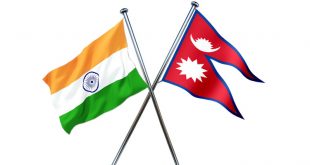 India has always made her existence felt like a great nation. According to various historians and scholars, India has multiple  names such as Bharat, Hindustan and Hind. Talking about the word ‘Bharat,’ it has a deep set of history behind its name. Since ancient times India has been called Bharat which comes from the Sanskrit language. It has its references in the Mahabharata and also in the Hindu Puranas as “Bharatvarsh”. The Hindu Puranas describe Bharat as a geographical structure that lies between the oceans and the Himalayas. The Puranas also states that Bharat is a politically divided land into several smaller territories.

Coming back to the term ‘India’, it became popular after the 17 th century in English language post and eventually, it became the popular English reference to our country. And every person who has brought up in the western world probably knows India as our country’s name. Most people cannot comprehend our country being called anything other than India because of its prevalence and popularity.

Many Names of India

Many scholars have often pointed that the oldest name used in association with Indian subcontinent was ‘Meluha’ that was mentioned in the texts of Mesopotamia in the third millennium BCE, to indicate the Indus Valley Civilization. After Meluha the another recorded name that continues to be in the debate today also is believed to be ‘Bharat’, ‘Bharata’, or ‘Bharatvarsha’. Bharata, as explained by Ojha, refers to the “supraregional and subcontinental territory where the Brahmanical system of society prevails”. It was more of a religious and social-cultural establishment, rather than a political and geographical one. And it is also believed that Bharata was the mythical founder of the race.

Apart from Bharata, there are few other names connected with the country that trace their roots to Vedic literature as well. For example, ‘Aryavarta’, as mentioned in the Manusmriti, refers to the land occupied by the Indo-Aryans between the Himalayas in North and the Vindhya Mountain range in South. The term ‘Jambuvipa’ which means the area of Jamun trees, has also appeared in various Vedic texts and is still used by few Southeast Asian countries to narrate the Indian subcontinent.

On the other hand, Jain literature also claims that the country was called ‘Nabhivarsa’. King Nabhi was believed to be the grandfather of Bharata. Another term ‘Hindustan’ was first used by the Persians who occupied the Indus valley in the 7 th century BCE. ‘Hindu’ was the Persian version of the Sindhu (Indus Valley), and was to identify the lower Indus basin and from the Christian era, the suffix ‘Stan’ was applied to form the very word. The Greeks, at the same time, had acquired the knowledge of ‘Hind’ from the Persian. By the time in 3 rd century when the Macedonian ruler Alexander invaded India, the term India had already come to be identified with the region beyond Indus. In the 16 th century, the name ‘Hindustan’ was used by most of the South Asians to describe their homeland. Whereas in the mid of 18th century, Hindustan was often referred to territories of the Mughals and from the late eighteenth century onwards, British maps increasingly started using the term ‘India’ and with that ‘Hindustan’ lost its association with all of South Asia.

Debate to name an Independent India

After the Independence, the section, ‘name and territory of the Union’ were taken up for discussion on September 17, 1949, and right from that moment the first Article of the Constitution of India was read out as ‘India, that is Bharat shall be a union of states’, a division arose among the delegates. Hari Vishnu Kamath who was the member of the Forward Bloc, suggested that Article 1 should be replaced as ‘Bharat, or in the English language, India, shall be and such.’ Seth Govind Das, who was representing the Central Provinces and Berar, proposed that “Bhara is Known as India in foreign countries as well.”

On the other hand, Hargovind Pant, representing the hill districts of the United Provinces, made it clear that people of Northern India wanted Bharatvarsh as their countries name and nothing else. He further argued that this name ‘India’ is given to us by the foreigners who were tempted towards the riches of this land and had robbed us of our freedom with a motive to acquire our wealth. If we cling to the word ‘India’, it would only show that we are not ashamed of having this insulting word which was imposed on us by the alien rulers.

The drafting committee accepted none of the suggestions and made it final that Article 1 would only contain India and Bharat and there shall be no amendments made in it.

Plea for renaming India as Bharat in The Apex Court

The petitioner Namah, who is a resident of Delhi, seeks an amendment to Article 1 of the Indian Constitution, which names the country and defines its territory. The petitioner says that name ‘India’ is a symbol of slavery. He seeks that ‘Hindustan’ and ‘Bharat’ should be recognized as the only names for the country and ‘India’ to be struck down from the Article.

The petitioner has also quoted from the constituent assembly debates to support his arguments and went on at length to emphasize that the Namkaran should be taken up more seriously. The petitioner, through his counsel, said that India is a name of foreign origin and can be traced back to the Greek term ‘Indica’ whereas, the word ‘Bharat’ is closely associated to our freedom struggle as the cry was “Bharat Mata ki Jai”. He further said that amending the Article would ensure citizens of this country to get over the colonial past and inculcate a sense of pride in our nationality as well as it would also justify the hard-fought freedom by our brave fighters.

In 2016, a similar petition was dismissed by the Supreme Court. Then CJI T.S.Thakur verbally remarked that the supreme court had no business to either dictate or to decide for a citizen what he should call his country because every citizen of India had the right to choose between calling his country ‘Bharat’ or ‘India’. He further said that if someone wants to call his country ‘Bharat’ go right ahead and call it that and if someone chooses to call it ‘India’ let him call it. We are nobody to interfere.

However, speaking of the present petition, The Chief Justice of India Sharad A. Bobde said that Bharat and India are both given in the Constitution and India is already called Bharat in it. With that, the Supreme Court forwarded the plea to the Union government for an appropriate decision.

India is one of those few nations that carry two names. First, is the constitutionally documented, and another is perhaps an English translation meant for all those who find it difficult to pronounce the word. It is often a challenge for those whose first language is either English or any other European language to enunciate eastern names. Therefore, earlier, it was a norm to change all those names, and people would accept the new ones without much resistance. Whenever our nation is addressed in English, people often refer to as India just like a literal translation for its original name to be understood by the non-Bharatiya people. In author’s opinion, it is impossible for us to stick to Bharat and also make others understand why it is crucial for our country to revert to its original name. If Bharat has a deep history behind its name, then so does the other names of our nation and every name sited holds a crucial spot of his own and is equally important. Thus, India or Bharat or even Hindustan whatever we call our country it is a mystic land full of different cultures, languages, and religions. Therefore, we can say any name that resonates most with us.