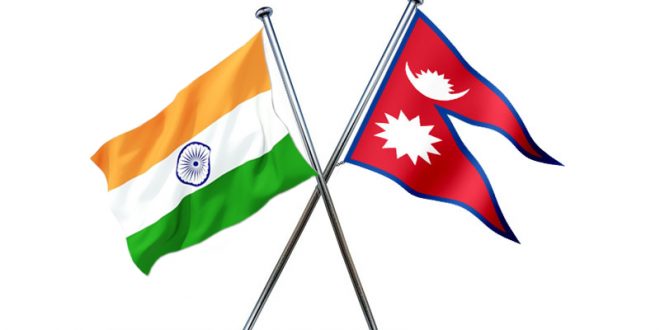 (India and Nepal : Image for Representational Purpose only) 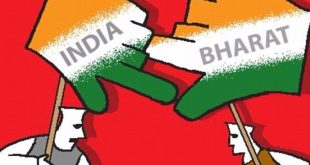 The Indo-China relationship began in the year 1950 when India ended its formal ties with the Republic of Taiwan, which is now known as China, and also recognised it as the legitimate government of Mainland China. China and India are two of the fastest growing economic countries in the world, and their growth in diplomacy and economic impact has increased the significance of the bilateral relationships between these two countries. Talking about the cultural and economic relations between India-China, it is an evident fact that both the countries share a friendly bond since the ancient times. The silk route not only functioned as a significant trade route between these two nations but also played an essential role in expanding Buddhism from India to the eastern region of Asia.

During World War II, India and China both played a very critical role in faltering the advancement of Imperial Japan. The relations between the two have been characterised by border disputes which therefore resulted in three military conflicts which are the Sino-Indian War of the year 1962, the Chola incident that took place in the year 1967 and the 1987’s Sino-Indian skirmish. However, since the late 1980s, it has been noticed that both India and China have successfully rebuilt their diplomatic and economic ties. And in the year 2008, China became India’s largest trading partner, and with that, these two countries have also increased their strategic and military relations.

In this challenging situation of Covid-19 where the world is still coping with the pandemic, China’s current president Xi Jinping has already begun to cause friction on the three fronts. He has already repudiated the treaty with the United Kingdom where China had promised that he would maintain a special status for Hong Kong under the “one country, two systems” principle. He has also without any incitement, called for subsuming Taiwan back into mainland China after 71 years. And not only this Xi Jinping has also raised tension at the borders with India.

All the three moves which China made, seemed to be the part of his same drive which is nothing, but the core program of Chinese Nationalism which is the idea of China to retrieve its prime position in the world as it was back till the 17th century.

Presently there is a territorial dispute between India and Nepal over Lipulekh which is a Himalayan pass on the border between India’s Uttarakhand state and the Tibet region of China, near their trijunction with Nepal and, Nepal has been claiming that the South part of the Lipulekh belongs to them, as per the Sugauli treaty which was signed between the East India Company and Raj Guru Gajaraj Mishra on 2nd December 1815 and was approved on 4th March 1816 during the Anglo-Nepalese War. Furthermore, on the territorial side, Nepal’s border was limited between the Mahakali River in the West and the Mechi River in the East surrounded by the Himalayan range on the North and Terai to its South. The Lipulekh territory which has been opposed by Nepal is on this river Mahakali. Two tributaries in the area join this river. While India is in favour of following the original route of the river, on the other side, Nepal is claiming that the area until the westernmost tributary comes in their territory. This issue of the Lipulekh has been in a debate earlier also. Still, the approach that Nepal is taking right now, which includes releasing Maps along with the territory included in it is latest of all.

With China intimidating in Taiwan, South China Sea, Hong Kong and its recently caused a disturbance in Leh and Doklam it seems to be the perfect timing and opportunity for China to toss Nepal in a mix with Lipulekh pass. While the whole world is wrestling against Covid-19 crisis, it is highly possible that the vexed nations and governments would take some reckless decisions, and China is somehow banking on it and without any doubt would highly fancy that there is some clash between India and Nepal. The road which was built to shorten the long and time-consuming route to Mansarover Lake in Tibet which passes through Sikkim till now would be an outstanding deliberated asset during any Indo-China conflict in future and with the sudden aggression in the behaviour of the Chinese that has been observed recently, clearly depicts that China is being bothered by this. Thus, any tension between India and Nepal would be beneficial for him as it will not be just any border dispute because in Indian army we have approximately 30,000 soldiers in active duty in Gurkha regiments and this would cause trouble to India. Therefore it would serve as an outstanding opportunity for China. Hence, it is being observed that Nepal is acting on china’s behest. Otherwise, Nepal has no such reason to start these issues at this period where India is voluntarily helping others to fight this pandemic.

It is evident that China has a certain persistent pattern to convey its message, as when Xi Jinping visited India in 2014 Chinese landed up in Chumar and that went on for some time due to which the entire visit was overshadowed by the tensions in Eastern Ladakh at that point. There is a likely possibility that China is conveying some specific message even now, as they are spreading awareness that no matter in what situation they might be globally due to Covid-19, but if India joins with other countries against them then there surely will going to face inevitable consequences. Another reason which can likely be behind the tensions caused by China is that it might be feeling cornered as most of the countries have turned their backs against him because of this pandemic. Therefore China wants to distract and withdraw their attention. Furthermore, there is a probability that China is inciting nationalist sentiments because when strong leaders face pressure, it is more likely for them to incite such feelings.

India is required to handle its Indo-Nepal disputes instantly and also in a diplomatic manner because sometimes, even the smallest issues can snowball into a significant problem if not given the required attention at the correct time. Therefore, if once an issue turns out into something serious then in a such case it would take a lot of unwanted efforts to put everything into peace and at this time of crises where everyone is suffering from Covid-19, it is nearly impossible that anybody would want anything else to come up as it would create unnecessary commotion and disturbance in the government system. It would be in everybody’s benefit that a Bureaucratic Military Delegation has a conversation with Nepal and try to solve this conflict and focuses towards dealing with more significant problems at this stage. We need to understand the fact that the Gurkha regiment plays a very prominent role in the Indian Army and without their support Indian Army is not as strong as it appears with them. Thus we should never forget this as well as our relations with Nepal because we share a very brotherly and friendly bond with them and India has always helped them in all possible manner at the time of emergency. Therefore, we cannot let any other country to be successful in weakening our relationship because of which it is indeed crucial for us to sit on the table as equals and try to get things in order and maintain peace.