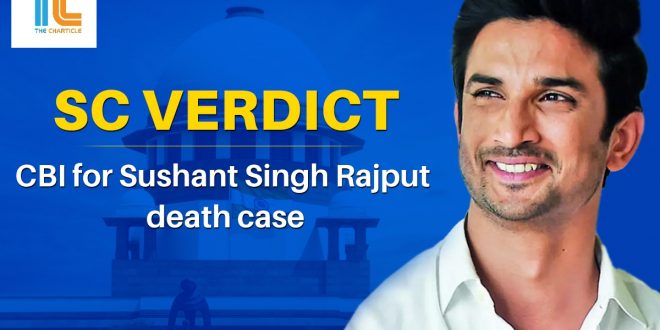 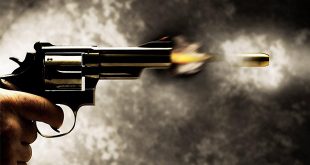 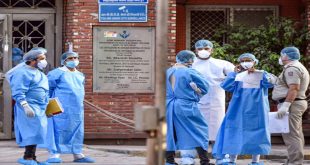 CBI to take over the matter regarding the death of Bollywood actor Sushant Singh Rajput as per the judgment on 19th August 2020. The Hon’ble Supreme Court of India held that the transfer of investigation shall be made to CBI. In a brief, the judgment was:

The news of his sudden demise on 14th June 2020 has left me devastated for days. I vividly remember having a long conversation with him when I took part in a beauty pageant called the Femina Style Diva where I was a finalist. Not only that, but both of us are the alumni of the same school.

I along with many others are happy & we wholeheartedly welcome this judgment by Justice Hrishikesh Roy which will ensure a fair trial into the mysterious death.

In this article, a thorough analysis of the question of jurisdiction and cause of action and transfer of case to CBI along with the law related to it will be discussed.

QUESTION OF JURISDICTION & CAUSE OF ACTION:

1. Jurisdiction is one of the important bases for the admissibility of any case. “Jurisdiction”, in the very general sense, is used to refer to the geographical area to which authority applies. It is the recognized practical authority of a legal body to administer justice.

2. Any offense may be inquired into or tried where the offense has taken place and/or the local jurisdiction where the consequential part of the cause of action arises. The state in which the consequential part of action arose has a legitimate jurisdiction not only to investigate but also to delegate the case to any other competent authority such as the CBI as it is very well defined in Section 20 of the Criminal Procedure Code that even if it arises at any territorial limits a part of the cause of action, the same is enough to register the case under the same territorial limits.

3. This is not the case where Bihar authorities to not have any less jurisdiction over the matter as according to Section 156 of the Criminal Procedure Code “No proceeding of a police officer in any such case shall at any stage be called in question on the ground that the case was one which such officer was not empowered under this Section to investigate.” Hence it is well within the legal rights and jurisdiction of the Bihar Police to lodge the FIR and conduct the investigation.

4. Furthermore, according to Section 178 (b), (d) which says: ‘(b) where an offence is committed, partly in one local area and partly in another, or (d) where it consists of several acts done in different local areas, it may be inquired into or tried by a Court having jurisdiction over any of such local areas.’

6. For instance, the High Court of Himachal Pradesh held in the case of Brij Lal v. State of Himachal Pradesh(1) interpreting Section 179 of the Criminal Procedure Code. It stated that the meaning of the words “an act is a reason for anything done” and “consequence” “which has ensued” contained in the said Section needs to be examined. Illustration: To put it shortly if an act which is an offense because of anything done in a place ‘A’ and the “consequence” which has ensued at a place ‘B’, then whether place ‘B’ would have jurisdiction to conduct the trial or not. Also, In K. Bhaskaran v. Sankaran Vaidhyanalan(2) the Court analysed, discussed, and followed that the Court, within whose local jurisdiction consequences ensue can have jurisdiction to try offense.

7. Section 181 (4) of Criminal Procedure Code states that ‘any offence of criminal misappropriation or criminal breach of trust may be inquired into or tried by a Court within whose local jurisdiction the offense was committed or any part of the property which is the subject of the offense was received or retained or was required to be returned or accounted for, by the accused person’. Hence it can be concluded that Bihar police have a legal jurisdiction to investigate and try the case as the cause of action is proved by the Section referred.

TRANSFER OF CASE TO CBI:

1. The CBI draws its power from the Delhi Special Police Establishment (hereinafter referred to as DSPE) Act. The Home Ministry, through a resolution, set up the agency in April 1963. Under Section 5 of the Act, the Central Government can extend its powers and jurisdiction to the States, for investigation of specified offenses. However, this power is restricted by Section 6, which says its powers and jurisdiction cannot be extended to any State without the consent of the Government of that State.

2. Under Article 139A of the Constitution of India, it lays down the provision for the transfer of certain cases. It provides for a range of grounds upon which the desired transfer must be specified. For instance, prejudice in the jurisdiction, threat to life, no support or conveniences in the original place, medical issues, family issues, no income source, etc.

3. The Supreme Court has made it clear that when it or a High Court directs that a particular investigation be handed over to the CBI, there is no need for any consent under the DSPE Act. In State of West Bengal v. Committee for Protection of Democratic Rights(3) it was held that “An investigation under Section 174 is limited in scope and is confined to the ascertainment of the apparent cause of death. It is concerned with discovering whether the death was accidental, suicidal, etc.”

4. Moreover, it is submitted that this Hon’ble Court in Kanwal Tanuj v. the State of Bihar(4) , and the Hon’ble Delhi High Court in the case of Anand Agarwal vs Union of India(5), has dealt with the proposition of CBI inquiry in two states when the consent is only taken from one state. And both the judgments have consistently held that no consent would be required from another state once consent is given from the state which had registered the FIR.

5. In an important case of Prakash Singh v. UOI(6), it was adjudicated by the Hon’ble Supreme Court of India that “The State Governments are directed to constitute a State Security Commission in every State to ensure that the State Government does not exercise unwarranted influence or pressure on the State police and for laying down the broad policy guidelines so that the State police always acts according to the laws of the land and the Constitution of the country. This watchdog body shall be headed by the Chief Minister or Home Minister as Chairman and have the DGP of the State as its ex-officio Secretary. The other members of the Commission shall be chosen in such a manner that it can function independently of Government control. For this purpose, the State may choose any of the models recommended by the National Human Rights Commission, the Ribeiro Committee or the Sorabjee Committee. The recommendations of this Commission shall be binding on the State Government. The functions of the State Security Commission would include laying down the broad policies and giving directions for the performance of the preventive tasks and service-oriented functions of the police, evaluation of the performance of the State police and preparing a report thereon for being placed before the State legislature.”

6. Light must also be thrown at S. 79 (3) and S. 166 (3) of the Criminal Procedure Code, that envisages a situation where there is an inaction or delay on the part of one police station in conducting an effective search or to give an endorsement for arrest, the officer-in-charge of another police station, to prevent the evidence from being destroyed or preventing the offender to abscond, can take immediate steps for search and arrest a person outside his jurisdiction as well.

7. Moreover, the transfer of the case to CBI is a right of the Supreme Court in matters that cause a huge public concern and demand for justice. In a landmark judgment of State of West Bengal v. Sampat Lal(7) it was stated that the order to transfer inquiry to CBI by the Supreme Court cannot be open to attack and that Section 6 of the DSEP Act allows for such procedure.

8. In the instant case, the CBI has taken up the matter of the investigation into the Sushant Singh Rajput case; on 13th August 2020, before the Hon’ble Supreme Court the CBI made its submissions stating that the apex Court should let the CBI and ED investigate into the matter. In a nutshell, its submissions were as such:
– No two cases pending in two different states;
– Maharashtra Police has not registered FIR;
–  It is Maharashtra Polices’ admitted position that they are at stage of Section 174 read with 175 of the CrPC.;
– The recorded 56 statements have no backing in law in view of the absence of initiation for investigation as under scheme of Section 154/155/156/157 of CrPC.

9. Thus, when we look at the conditions of transfer to CBI for an enquiry, we must throw light upon the case of Bimal Gurung v. Union of India(8) the apex court lead down three conditions during which the court could exercise its constitutional power and transfer the investigation of any case from the state police to the CBI:

– Where high officials of state authorities are involved;

– Where investigation prima facie is found to be tainted/biased.

10. In the case of Babubhai v. the State of Gujarat(9), it was observed that non-interference of the court would ultimately fail justice. Since no eye-witness was present at the time when this incident took place, hence, it becomes a duty and responsibility of the investigating officer to conduct the investigation cautiously to complete all the narratives. The police also did not efficiently and diligently collect all the evidence, a similar situation was seen in the Talwar case10, in which a girl aged 13 was murdered along with the worker who used to work in the house of the Talwar family, the police failed to examine the crime scene appropriately and acted negligently.

This entire issue is a high-profile matter and it was necessary to give such a judgment to ensure that Sushant Singh Rajput gets the justice, even though we all cannot have him back, but this step would definitely bring happiness to everybody near and dear to him. This will also ensure that the truth comes out, so that no innocent is being subjected to agony and the criminal does not escape the law. The public is looking up to the judiciary in order to get the justice done for their beloved actor who has clearly died under mysterious circumstances. This must be resolved at the earliest in a fair manner to ensure that public does not lose faith in the police. Having said that, at this juncture I would like to quote that ‘Justice should not only be done but also seen to be done’.

– The Author, Adv. Ms. Himanjali Gautam is an Advocate under the Supreme Court of India, Founding-Partner at the Chambers of Himanjali Gautam, Ex-President at Law Centre 2, Faculty of Law DU, Columnist, Public Speaker, and a media Personality. You may reach out to her at himanjali.gautam@gmail.com

Previous ENCOUNTERS – A NECESSARY EVIL OR A WAY OF DRIFTING AWAY FROM TRIAL SYSTEM OF JUSTICE
Next The Kalimpong Store, bringing best organic products for you