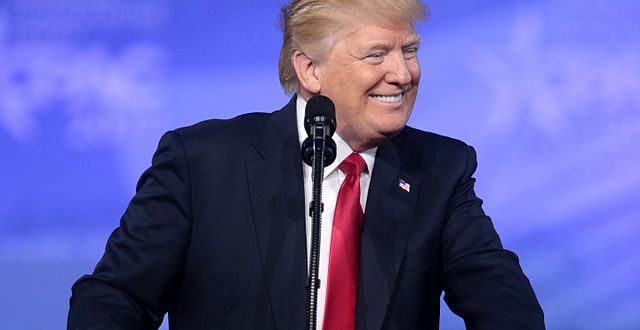 Taking the strictest action against Pakistan, the United States has announced that it was freezing most security aid and the delivery of military equipment because Islamabad continues to shelter terrorists despite several warnings from President Donald Trump and other leaders.

“We will not be delivering military equipment or transfer security-related funds to Pakistan,” State Department spokesperson Heather Nauert said on Thursday.

The freeze will be enforced “until the Pakistani Government takes decisive action against groups, including the Afghan Taliban and the Haqqani Network”, she said.

Nauert said that Pakistan’s failure to take action against Lakshar-e-Taiba leader Hafeez Saeed was not a factor in the action.

“To my knowledge, that has nothing to do with that.”

Thursday’s announcement was in addition to the $255 million in foreign military assistance that the Trump administration in August said it was withholding, she said.

However, Nauert did not give the size of the assistance that was now being suspended.

“We are still working through some of those dollar numbers right now.”

Asked about the types of military equipment covered by the freeze, Nauert said: “I’m not going to be able to get into the specifics of that. A lot of that is under DoD (Department of Defence), so I just won’t have the details about that.”

She said that some exceptions could be made to the suspensions if it was determined that portions of the frozen aid were “critical to national security interests” or “required by law”.

Nauert said that if Pakistan took decisive action against terrorists, it “has the ability to get this money back in the future”.

“We have been clear with Pakistan what they need to d0. A lot of this would fall under some of the private diplomatic conversations that the United States government is having with Pakistan, so a lot of that stuff I’m not going to be able to share because that would give away information to people we don’t want to have that information.”

In another action against Islmabad, Secretary of State Rex Tillerson placed Pakistan on a “special watch list for severe violations of religious freedom”.

The United States depends on Pakistan for ferrying supplies to its troops in landlocked Afghanistan.

Asked at a separate news conference on Thursday if he was concerned that Islamabad might shut down access routes to US troops in Afghanistan, Defence Secretary Jim Mattis said: “We have had no indication of anything like that.”

He declined to comment when he was asked if he favoured cutting off aid to Pakistani.

Nauert added that Pakistan had been given adequate notice to shut down the terrorist networks.

She recalled Trump’s speech in August in which he warned Pakistan against giving sanctuary to terrorists.

“It has been more than four months since the President’s speech, and despite a sustained high-level engagement by this administration with the government of Pakistan, the Taliban and the Haqqani Network continue to find sanctuary inside Pakistan as they plot to destabilise Afghanistan and also attack US and allied personnel,” she said.

In his first tweet of the New Year, Trump said that the US had given Pakistan $33 billion in aid over 15 years and accused Pakistan of harbouring terrorists while making “fools” of US leaders with lies and deceit.

“No more,” he said, of Washington’s aid to Pakistan.

Hours before the tweet, a US Special Forces soldier had been killed in Afghanistan’s Nangarhar province, which borders Pakistan, and four were injured in a terrorist attack. (IANS)

Previous Jungle Raj in Bihar : The Making and Unmaking of Lalu Prasad Yadav
Next Goodness of coconut oil for skin care, diet