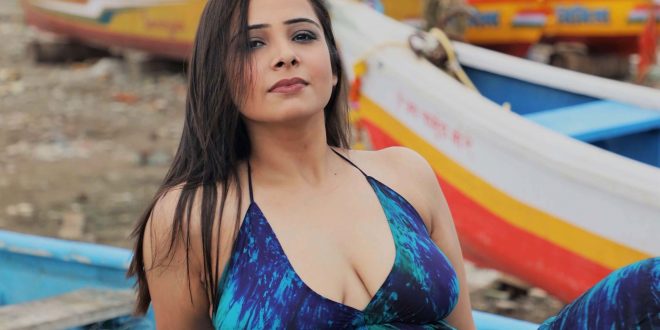 Surabhi Tiwari, new sensation in B-town has an inspiring life story as well

Surabhi Tiwari, the new sensation in B-town has been winning hearts lately with her performances in commercials & TV series and sizzling looks. But not everyone knows her inspiring journey which she shares with The Charticle. Surabhi has an enormous fan following in real life and across various social media plaforms.

Surabhi was born in Kanpur and competed her schooling from there itself. She stayed in various places like Chennai, Delhi, Bhubaneswar, Pune, Kota before coming to Mumbai. But prior to her fame, she made some really tough decisions in her life which is an inspiring tale for all those people who are skeptical to follow their dreams due to some excuse or another.

Surabhi knew since childhood that she will do something different than the rest. She was never attracted to 9 to 5 job. But because of her studies she continued to go with the flow. She told The Charticle that her parents would have never thought of her getting into acting even in their wildest dreams. And she knew discussing this with them would be difficult during the time she thought of pursuing acting as a career. So after completing her Engineering, she got placed at a reputed MNC. It was a normal life until one day she realised that its not what she wants from her life and decided to work for her dreams. And then it all started. Since that day, she has never turned back. We all have dreams but we need courage and conviction to pursue our dreams. The decisons Surabhi made regarding it sets an exemplary precedent that we need to perceive what our minds conceive. No dreams are so high if we have conviction.

She loves surfing the internet and always hungry for more stuff to read and know about. She is not a big fan of watching TV but she loves stuffs like reading books, listening to songs, swimming and yes SLEEPING. Afterall, we all need good nap for success.

Its really not easy for someone from non-film background to mark his/her success in industry. You have to run for auditions, you need to have right contacts, you have to prove yourself everyday in front of the camera. The task is indeed tough and you have to be the better version of yourself everyday.

What Surabhi accomplished so far coming from non-film background is indeed motivating. But upon asking what motivates her the most she said, “The idea of THE SURABHI TIWARI inspires me the most and always will.”

Within a short period, Surabhi Tiwari has become one of the most searched actress and influencer on instagram. In coming months, she is definitely going to bring fire in b-town with projects she is working in. We can’t wait to see her on big screen!