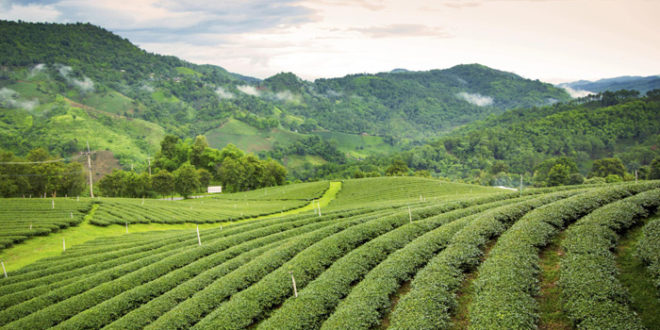 A man’s Beauty seizures the mind and a man’s soul captures the heart. But when it comes to nature and its magnificence, it captures both mind and the heart. As Indians, we take pride in the grace and allure that every hundred kilometers of the nation differently offers. With India’s highest peak Kanchenjunga in Sikkim, largest tea growing region in the world in Assam and incredible varieties of flora and fauna spread all across the seven sister states, North East India is an ecstasy to explore.

Rendering out its astonishing talents to the world, North East India has endless things that we cannot ignore. Its divine landscapes, rich biodiversity, drawing culture and wildlife are all part of the handsome bucket list. It might interest you to know that in India the sun tosses its first ray of light in the state of Arunachal Pradesh and it is said that the most beautiful sunset is also witnessed here itself. While we keep dreaming of visiting Switzerland and experiencing the chills and the glamour, we tend to forget that if only we pan our eyes on the right side of our map, we have our very own Switzerland- the Nagaland. The tribal diversity and the rich cultural heritage of this land are intensely admirable. It is also known as the land of festivals.

In today’s chaotic city life, the pollution and contamination makes it hard for the clouds to clearly showcase its loveliness. In fact, it doesn’t even get noticed on a daily basis. But visiting Meghalaya and not remarking the unambiguous charm of the clouds is impossible. Proven by the name itself, Meghalaya is the abode of clouds. It is home to the most picturesque aspects of natural beauty. For those who smile when the rain pours in, the town of Cherrapunji guarantees all the joy and peace.

The state of Manipur in North East India, also known as the land of jewels will be intriguing for ladies. Its vivid dance forms, clothing and art are famous countrywide and has countless followers. Manipur is the mosaic of traditions and will never fail to impress you with its artistic aptitudes.

Tripura is a treasure trove for the craft lovers. Its bamboo and cane handicrafts are not only jaw dropping but are also excellent in durability and strength. On the other hand, the Chap char Kut spring festival in Mizoram is a bonanza for dancing and feasting. If you want to see the conventional bamboo dance of the north east then the land of the hill people, Mizoram, is a must visit.

It is rightly said that nature holds the key to our aesthetic and if I could add on, I would say, The North East holds the key to nature. It is home to the extravagant ecosystems, stunning waterfalls, numerous forest reserves, over 200 different languages, notable ethnicity and what not.

The beautiful Brahmaputra traversing through the Assam valleys adds on to the exotic quotient of the state. With a striking history and wildlife tourism, Assam is one of the richest biodiversity zones in the world. Music, dance and drama are part of the hybrid cultural groups residing in the state. Assam also has a rich tradition of crafts and fine arts which are irresistible and very fascinating in nature. The Assamese cuisine has variety of combinations with rice, lentils, meat curry and herbs and vegetables. Assam is also famous for the production of three important indigenous silk that are just as flamboyant as Kanchipuram or Banarasi Silk. In short Assam is a blissful land.

There are times when the sole motive behind a trip is to have a spiritual and cognitive affair with nature or humanity. For the fulfillment of such purpose, Sikkim is a must visit. Consisting of mesmerizing monasteries and sacred religious houses, the state is a tour into sanity and soundness.

Clearer atmosphere and surreal life supported by spectacular beauty, the North East India is dreamlike. The region is godlike divine and its tranquility makes it all the more enthralling. The tea gardens, the dancing deer, the mighty lakes, the unexplored caves are all evidences of the reverential North east. I believe next time before booking tickets to somewhere south or straight up to the Kashmir paradise, one must choose to rejoice the glory of the North East.

Previous COLL : Complete solution for your Life challenges and concerns, Initiative by Seema Raghunath
Next Ladakh Beyond Tourism : In conversation with Jamyang Tsering Namgyal