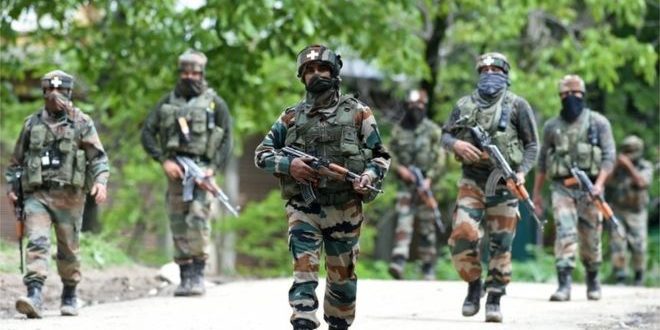 Indian Army commandos crossed the Line of Control (LoC) on Monday evening and killed three Pakistani soldiers, two days after four Indian Army men, including a Major, were shot dead in an ambush in Jammu and Kashmir, sources said on Tuesday.

But Army officials in Delhi neither confirmed nor denied that commandos crossed the LoC even as they said three Pakistani soldiers were killed and one was injured in an “action” on Monday evening.

The officials said the Pakistan army men were gunned down when soldiers noticed a suspicious movement along the Naushera sector of Rajouri district.

The sources said it was a “tactical” operation conducted at 6 p.m. on Monday after the Pakistan military men tried to cross over apparently to plant IEDs on the Indian side of the border.

Pakistan Army confirmed the death of three soldiers in an “unprovoked heavy cross-border shelling by Indian forces” at Rukh Chakri sector in Rawlakot.

The incident took place two days after four Indian soldiers, who were part of a patrol party, were killed by Pakistan troops in heavy cross border firing along the LoC in the Rajouri sector.

On Sunday, two Pakistani snipers, who were trying to target Indian soldiers on the LoC, were killed in Indian firing on the LoC in Poonch and Rajouri districts.

The Monday deaths take the Pakistani casualty toll to five in two days.

The sources, however, didn’t term the action a surgical strike — like the one conducted on September 29, 2016, when Indian Army commandos crossed the Line of Control to target terror launch pads inside the Pakistan-controlled territory.

The Indian Army claimed to have killed dozens of terrorists and their sympathisers in Pakistan-administered Kashmir in the covert operation that came nearly 10 days after a terror attack on a military base at Uri near the LoC that killed 19 soldiers on September 18 last year. (IANS)

Previous What is Moderate Islam? Dr. Richard Benkin in conversation with Shaurya Ritwik
Next COLL : Complete solution for your Life challenges and concerns, Initiative by Seema Raghunath