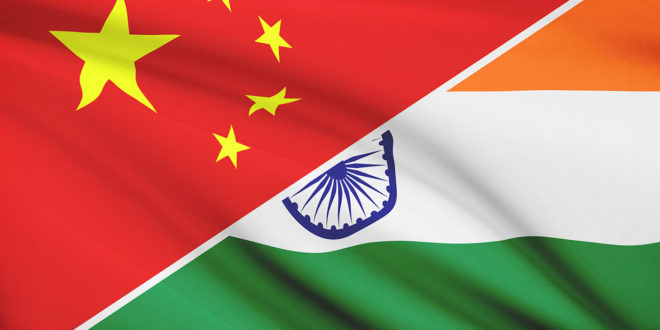 (Indo-China : Image for representational purpose only)

India has reportedly decided not to join the US–led counter to China’s Belt and Road Initiative (BRI). The US initiative, which is a trilateral one involving Japan and Australia, was launched at the first Indo-Pacific Business Forum meeting on July 30 and seeks to fund infrastructure projects in the region for which about USD 113 million has been earmarked. India has opted to stay out of this initiative and thus maintain a fine balance between the US and China. Here, it is pertinent to recall that India has also stayed out of the Chinese BRI initiative.

Such an attempt to maintain a balance between China and the United States needs to be jettisoned since it is a confusing strategy that involves sitting on the fence and, at times, even appeasing the Chinese. Arguably, India could take advantage of the vulnerabilities in the Chinese system and gain an upper hand in the asymmetric power equation that has developed vis-a-vis China.

Any mention of China’s vulnerability, whose economy is USD 11 trillion-strong, is sure to raise eyebrows. But the fact remains that China is not all that strong. Geopolitically, President Trump’s outreach to North Korea and advocacy of an Indo-Pacific strategy are eroding China’s geopolitical manoeuvrability. Economically, the ongoing trade war between the US and China is expected to hurt China’s growth, and that could very well mean the erosion of the Communist Party’s credibility given that it draws its legitimacy from continued good economic performance. Internally, one-party rule might appear resilient and the People’s Liberation Army (PLA) most powerful. But it is quite baffling to see the Chinese Premier visiting Tibet between 25 and 27 July and declaring it an inseparable part of China’s “sacred” territory as well as urging religious figures to promote national unity and ethnic harmony. Why has this statement been made now when Beijing has issued more than a dozen white papers on Tibet since the 1990s to bolster its claims, and has rapidly intensified the militarization of Tibet since the 2000s? Further, the fate of Muslims in Xinjiang is dire as China has detained a million ethnic Uighurs and sent some two million Uighurs and other ethnic Muslims to secret camps for indoctrination to Chinese nationalism. Clearly, all is not well inside China. It is spending an enormous amount of money on the People’s Armed Police (PAP), deployed to curb internal rebellion and dissent. China’s expenditure on internal security is reportedly USD 196 billion, larger than the PLA’s official budget. This suggests internal destabilization is a greater worry for the Communist Party than external threats. Indeed, internal vulnerabilities have only exacerbated with President Xi Jinping’s anti-graft effort, which is apparently the largest organized one in the history of Communist rule in China. More than a million people, including high-ranking military and party officials have been indicted for corruption so far. Many portray this as more of a political purge than an effort to cleanse the rot in the party ranks. Arguably, Xi might confront some kind of a rebellion from within his party ranks and society at large. That presumably explains his holding onto power and the scrapping of the two-term presidential term limit.

These rising internal vulnerabilities and external pressures have caused China to woo India, with the first such instance in the post-Doklam phase being the statement made by Foreign Minister Wang Yi on the sidelines of the parliamentary session in March 2018, when he was quoted saying, “if China and India are united, one plus one will become eleven instead of two.” The subsequent Wuhan informal summit in April between Prime Minister Modi and President Xi should also be seen in this context. Again, during the 10th BRICS Summit held in Johannesburg between 25 and 27 July, Xi held the view that the five countries of the BRICS represented the five fingers, and that “when the BRICS come together, we form a fist that can punch.” Obviously, it is meant to punch the US. Keeping up the momentum, the Chinese defense minister, Wei Fenghe, visited New Delhi in the third week of August to seemingly re-establish military relations between the two Asian giants.

Simply put, vulnerability not only explains China’s courting of India at this juncture, but it also defines China’s broad foreign policy shifts. If one looks at China’s foreign policy strategy in the Cold War period, it was essentially based on the identification of the principal contradiction (threat), and thereafter progressively isolate it by tilting towards a lesser contradiction. Notably, the US-China rapprochement of the 1970s came about after the identification of the Soviet Union as the principal hegemon and joining hands with the capitalist United States. Mao Zedong did not regard the rapprochement with the US as an aberration of Marxist ideology. Instead, he vindicated his tilt by advocating the Three Worlds Theory in 1973-74. In other words, ideology mattered the least when China found itself vulnerable. And to end the vulnerability, China did not shy away from mending its relations with the capitalist West. This psyche of vulnerability is deep-rooted in Chinese history. In fact, if one identifies the primary characteristic undergirding China’s history, it is the constant tussle between vulnerability and stability. From the first centralized dynasty, the Qin, to the last, the Qing, the threat from nomadic barbarians or non-Han groups was the predominant source of vulnerability. Hence the construction of the Great Wall to check barbarian invasions. Interestingly, China’s rise as a maritime power, as well as decline, was significantly shaped by the barbarian threat from the north.

China’s current vulnerability emanates from Trump’s Indo-Pacific strategy, which challenges Xi’s dream project, the BRI, with an estimated cost of USD 8 trillion. And to deal with this vulnerability, China is wooing India. At this juncture, India is a lesser contradiction, notwithstanding the 2017 Doklam crisis and New Delhi’s refusal to endorse the BRI. There is no real bonhomie between India and China, and there can never be, because according to Confucian thought, there cannot be two tigers residing on a single mountain.

In dealing with China, India should thus be aware of the former’s deep insecurities and vulnerabilities. It should shape its China policy from such ‘knowing’ and not from a superficial analysis of the immediate global circumstances. India should reconsider joining the US-led counter to the BRI, albeit after scrupulous negotiations that both uphold its foreign policy interests and shield it from the dragon’s wrath.

Disclaimer: Views expressed are of the author and do not necessarily reflect the views of The Charticle or of the Government of India.

“Originally published by Institute for Defence Studies and Analyses (www.idsa.in) at IDSA”

Previous Mithila Paintings: From a Dalit Perspective
Next The Arithmetic of India-U.S. Relations and the Russian Factor