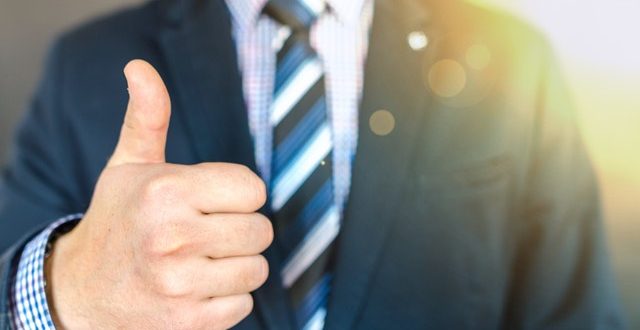 Does our body language shape who we are?

Our outer reality reflects our inner reality. Our body gesture and behavioural pattern, give other people the opportunity to peep-into our inside-cosmos, see and judge us about how we’ve been dealing with the ever going conflicts and surprises.

Everything we do today is a product of the conditioning we got yesterday. Past builds present and present builds future, that’s perhaps the simplest way of suggesting that everything is connected. Similarly, our body posture and language, also speak-out about our attitude towards things and people. For example, the ones who are indecisive can’t help acting in a chaotic and unorganised manner. Whereas, the ones who are sorted about their pursuit and procedure, they act maturely and make best use of the available time & space.

Social scientists, chart-out people into two broad categories: powerful and powerless. And, this they do by keeping in consideration the thoroughly observed set of behavioural pattern and by investigating the possible reason behind those particular patterns. For example, powerless people, usually make themselves seem small by hunching, crossing legs, wrapping their ankles, clutching their arms tightly as if they are trying to shrink. On the other hand, powerful people always seem to have a sense of alleviation and they have a habit of spreading-out, expressing confidently, being less caring towards other people’s opinion about them.

Science suggests that if you do one thing over and over again, following a particular pattern, you automatically start believing in it. Suppose, you have a habit of stressing out too much before any important event, then you end-up draining lot of time in worrying rather than doing the things which could make that event a success. There’s a Chinese proverb which says “Keep a Green Tree in your heart and perhaps a singing bird will come.” This is to suggest that if you keep the lamp of hope lit in the most difficult times, then the sun shall one day shine and you shall witness its expanse, its brightness. Because, when we keep hope, we also keep making efforts and by reacting in a calm and optimistic way we can dig-out the best solution.

So, social scientists spend a lot of time looking at the effects of our body language, or other people’s body language, and on judgments. They make sweeping judgments and inferences from body language. And those judgments can predict really meaningful life outcomes like in understanding that who is hired or promoted, who is asked out on a date.

Nonverbal expressions are majorly to assert power and dominance? Well, this is what they are. So in the animal kingdom, they are about expanding. So you make yourself look big, you stretch yourself out, you take up the space, you’re basically opening up. And this is true across the animal kingdom. And humans do pretty much the same thing, though with an air of sophistication.

But, what do we do when we feel powerless? Scientists say, we do exactly the opposite. We close up. We wrap ourselves up. We make ourselves small. We don’t want to bump into the person next to us.

We know that our minds change our bodies. But, is it also true that our bodies change our minds? So what do the minds of the powerful versus the powerless look like? Powerful people tend to be more assertive, more confident, and more optimistic. They do actually feel they’re going to win even at games of chance. They also tend to be able to think more abstractly. So there are a lot of differences. They tend to take more risks.

There are enough evidences, for both that the body can shape the mind, at least at the facial level, and also that role changes can shape the mind. Meditation and recurrent introspection can help a great deal by helping you fetch peace and calmness.

Previous Seven Ways To Care Your Hair
Next What is Moderate Islam? Dr. Richard Benkin in conversation with Shaurya Ritwik