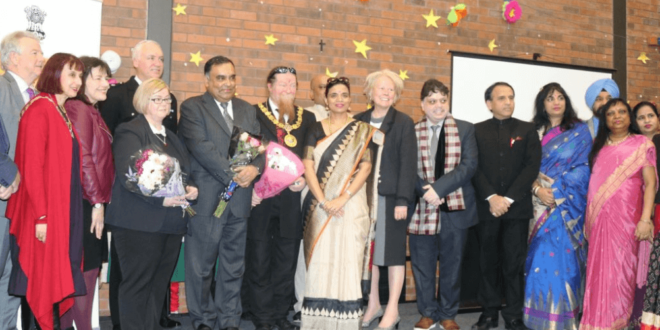 22nd March stand as the day of formation of state Bihar. On this very day, in 1912, British craved out Bihar from Bengal presidency. And every year this day is celebrated as “Bihar Diwas” or “Bihar Day”. While it’s really a very popular day in Bihar what is supervising is that it is also a very popular festival in Scotland, and it is celebrated in a small town named “Patna”, in the East Ayrshire region of Scotland. They have a city named after the capital of Bihar, and the story is quite interesting.

Scottish agriculturist William Fullarton, was born in Patna, Bihar where he spent his formative years. In 1802, he established a small town in Scotland, east of Ayrshire, for the purpose of providing provision for housing for people who worked on his Skeldon estate and coalfields and named it Patna, in the memory of his father, Surgeon William Fullarton, who served in India during 1744 – 1766, associated with British East India Company. At his time he developed a very good relation with Indian traders, painters, locals, artists and was profound of India.

Y K Sinha, the Indian high commissioner to the UK was the chief guest at the event. The event was celebrated on 17th march and was organized by the Patna Community Association, along with the Vibrant Communities group. The event showed a very vivid cultural description followed by Indian dancers and young students from Patna Primary.

Sinha in his speech promised to extend all the support to the institutions linking the two cities, as he himself is from Bihar. He also talked about his time back home, and gave a very awe inspiring description of the history of Patna, the great ancient city of Patliputra, capital of the past empires and the glorious details of how Patna played a vital role in India’s freedom struggle. He made a very ravishing statement on the Nalanda University, one of the earliest and biggest centers of learning in the ancient world.

The event was alluring and gave a very descriptive performance about the culture and cuisine of Bihar. They also presented glimpse of some popular Bihar festivals like Chhat Pooja, Sama Chakeva, Teej and celebrated the lives of Lord Buddha, Lord Mahavira and Guru Gobind Singh.

An audio-visual tour of the culture and touristic destinations of Bihar and history of Patna was presented by the Consulate General of India in Edinburgh, which is headed by Anju Ranjan.

Scottish Minister for Social Security Jeane Freeman represented the Scottish government at the event, accompanied by The Provost of East Ayrshire, Jim Todd, and Provost of South Ayrshire, Helen Moonie were among the guests of honour.